and now it is end of January - how does this happen??? Well, since the last post I have enjoyed the warmth heat and even more so the air conditioning (until the air con in the master bedroom died on Friday...), we have looked around Brisbane a bit, been to a few different public pools, driven up to D'Aguilar National Park, spent a considerable amount of time at Ikea (LOVE IT!) and in shopping malls etc.

Two weeks ago our container arrived on the day I started work - thankfully Chris has been very productive in moving contents into our smallish house or repacking and storing them in the garage. Yesterday I finally found my threads and today my bobbins, so once it has cooled down a bit (35degC outside and 32degC in the lounge where there is no aircon), I might pull out my machine and at least get some mending done.

School is starting on Tuesday and my kids are all more or less organised (how we forgot to get stationery for Mstr10 is beyond me - I hope they have packs at school on Tuesday!). So far everything has fallen into place, I managed to get almost all their uniform items second hand or for free, and today I will get Mstr14's diabetes care plan for school organised. DH has a job application running, next step happening in a week, fingers crossed it will work out - so that would take care of all my four boys and keep them out of mischief!

It's been interesting moving into a city after so many years in the country side: The neighbours are closer but our neighbourhood is nice and quiet; the shops are much closer, and I am yet to get used to balancing the 'big shop' that doesn't fit into my smaller pantry and freezer compartment with going shopping 'frequently' and spending too much money on stuff we don't need; fast food is very handy, and if it was up to Mstr12 we would probably have Domino's Pizza twice a week at least; there is public transport though it pays to check the maps beforehand where exactly to get off, some parts of Brisbane are quite hilly and it's no fun walking up and down streets to get where you need to be. 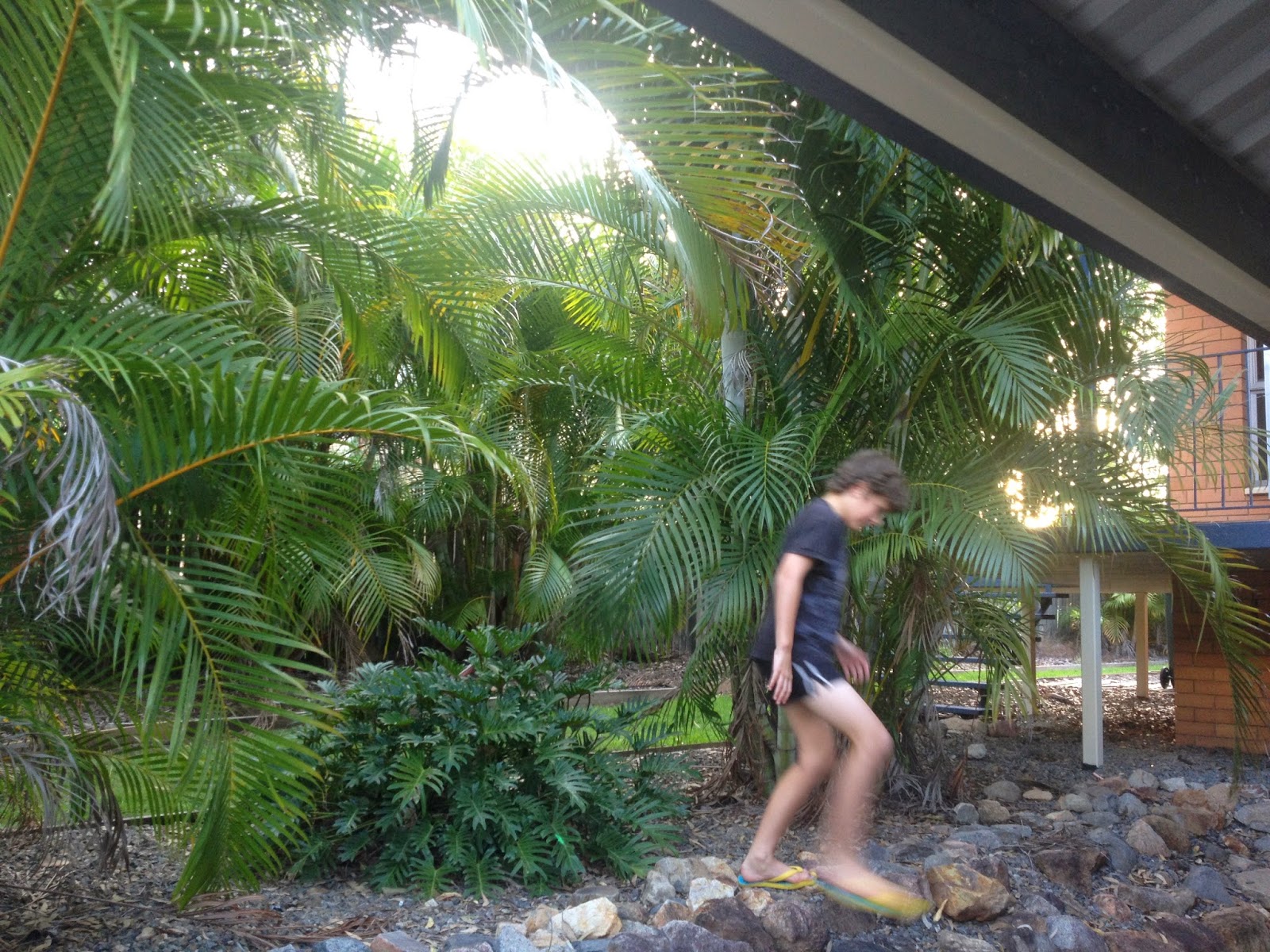 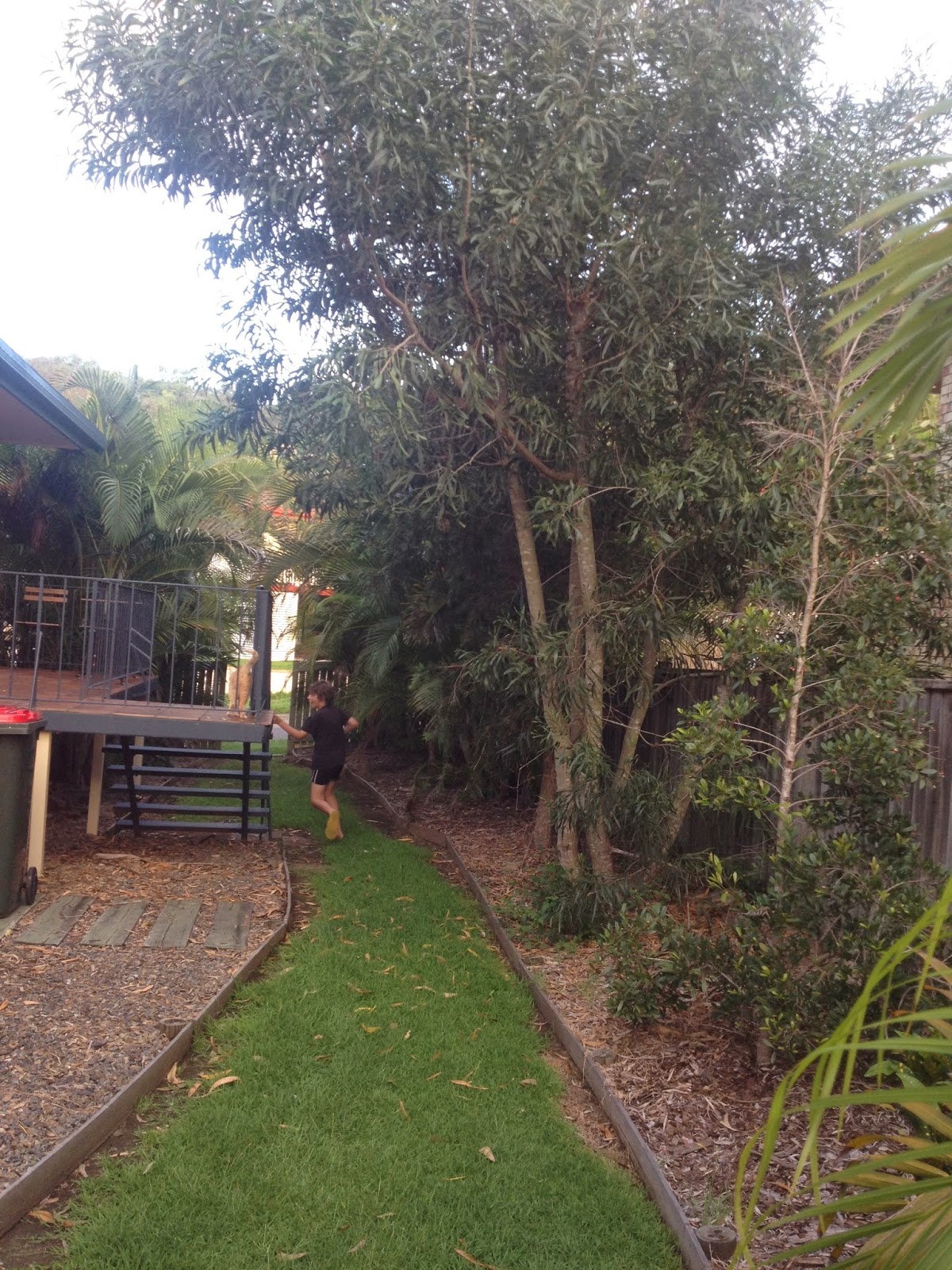 So altogether we're really happy at the moment, we're enjoying ourselves. Will we stay here forever? Who knows, the size of the house and absence of a pool will mean that we are very likely to move when our 6m lease is up, but I like the suburb, the proximity to the office, the fact it is tucked away yet really close. Once school starts we will see how the children settle in. Despite his original reservations "get used to my sad face, Mum, I will never be happy again, because you are taking us to Australia", Mstr 12 has already announced he will make friends at school because he doesn't want to be bored at home. 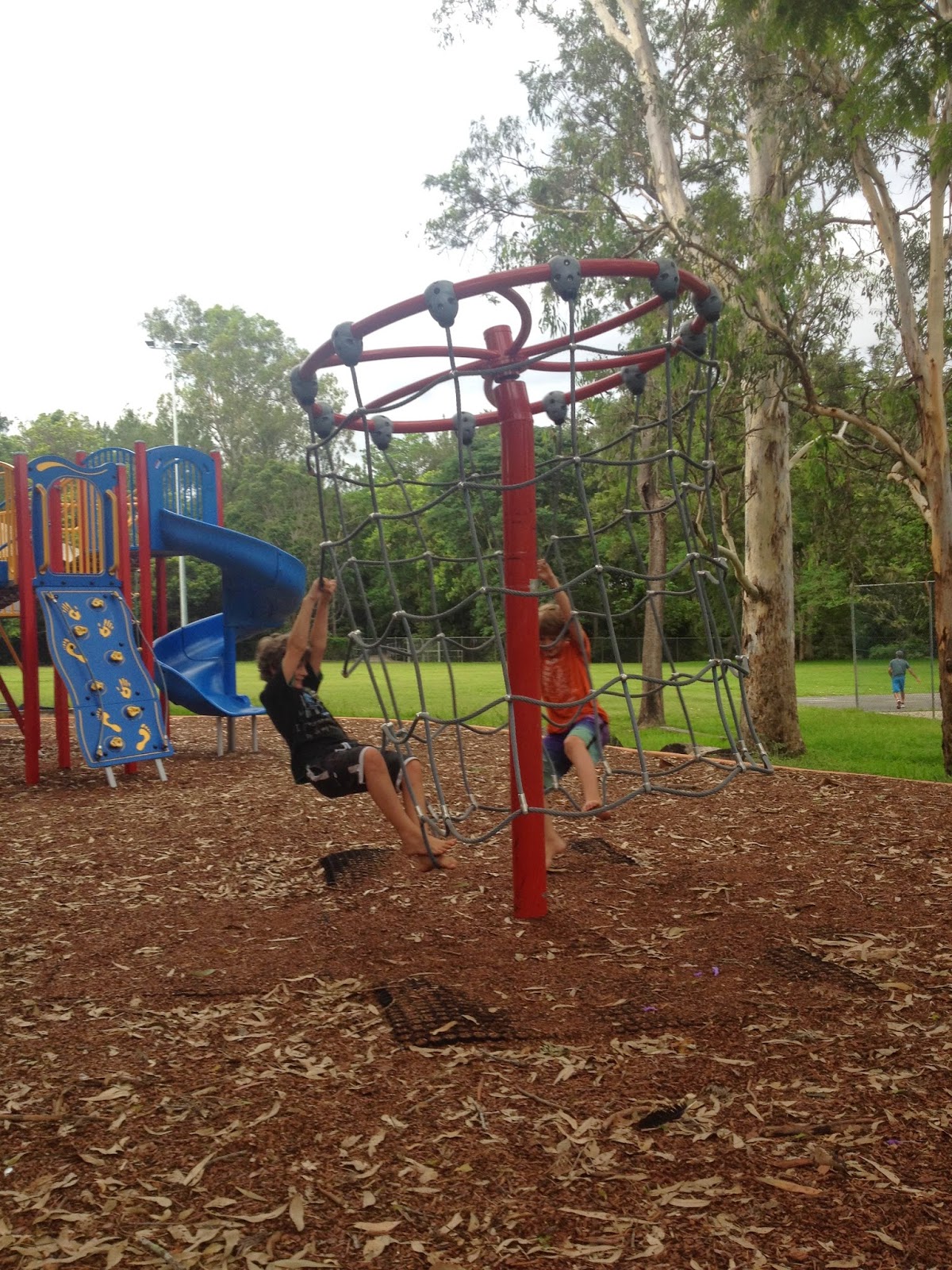 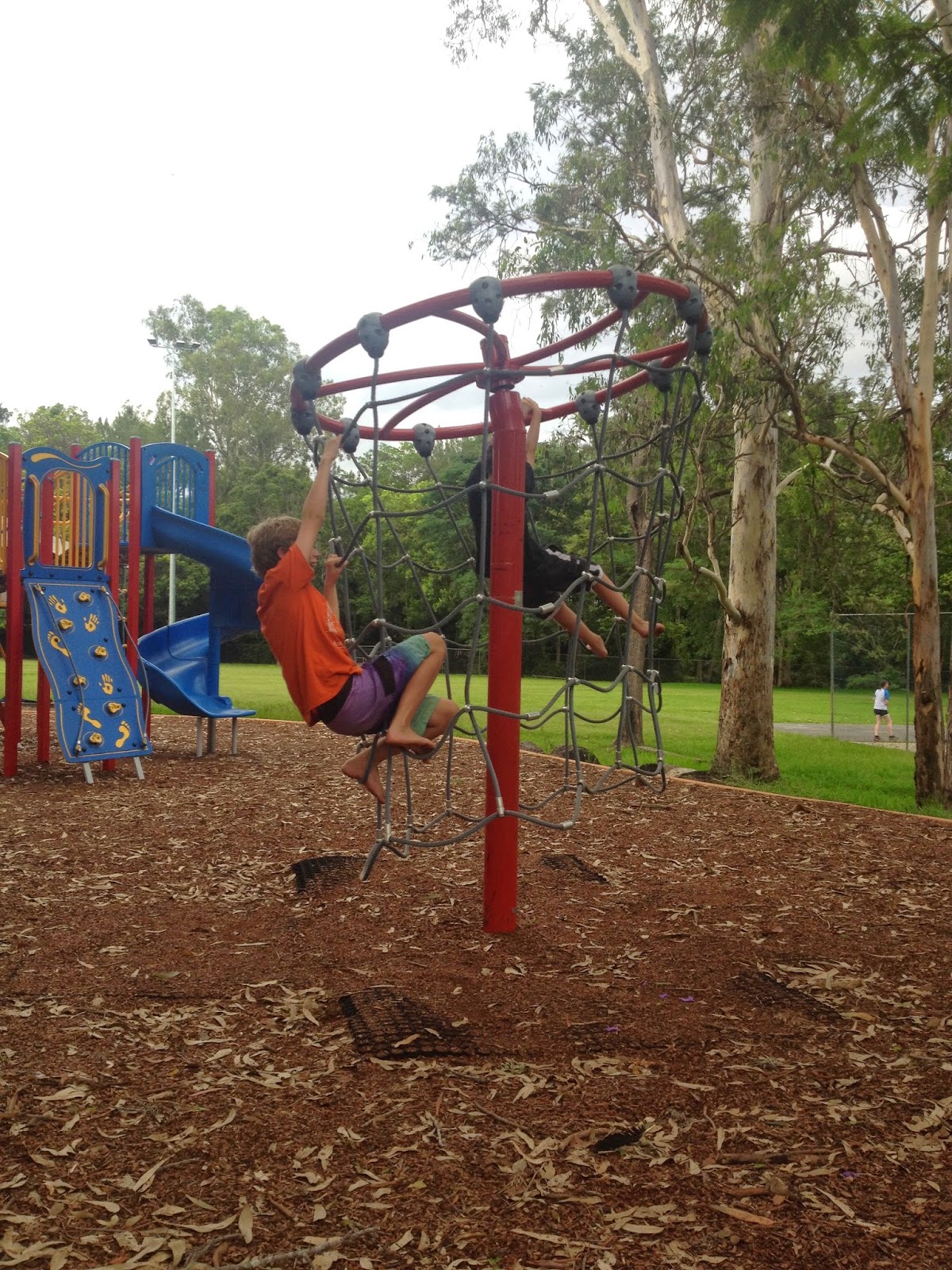 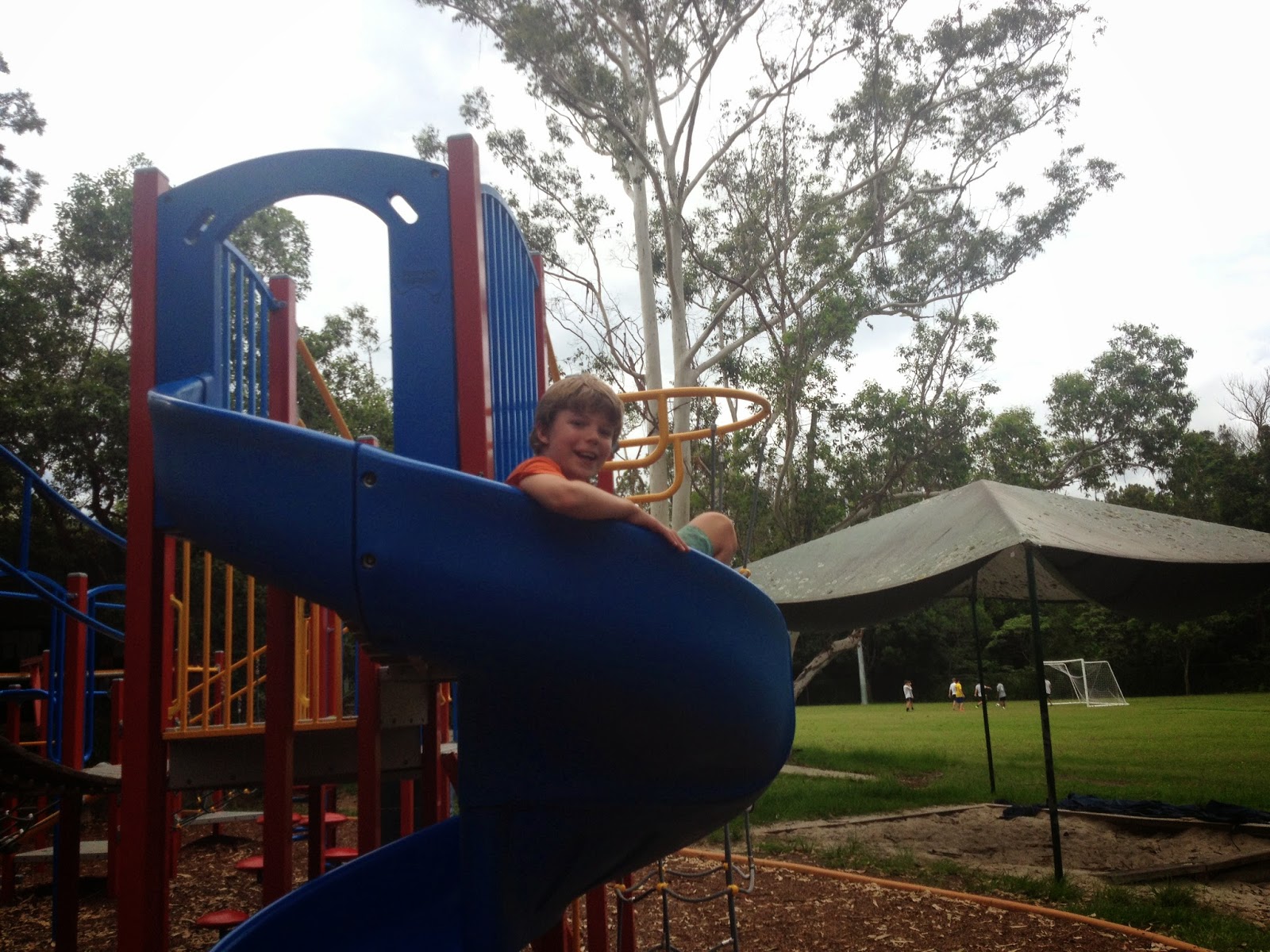 Starting work has been very interesting, the same work I have been doing in New Zealand but mainly within the Microsoft platform, where in NZ we used a lot of Google applications and iPads. For the first week I spent most of my time online / in the office, and in week two it was straight away off to Melbourne for training and then back to Brisbane to spend my first day in school. I loved being back in a school! Next week I'll be in three schools, Melbourne, Sydney and Brisbane, and I better remind myself to take a breath every now and then! I thoroughly enjoyed my time in Melbourne, partly because two of my ex-colleagues flew over from NZ, in fact there were more Kiwis than Aussies there! My belief in the the 2 degree separation of Kiwis was re-affirmed when I met a girl at the training who had grown up in Kerikeri, taught with one of my ex-colleagues from Northland and turned out to be the daughter of someone I had played music with for many years. So that's all from me for the moment, I better get that Diabetes Plan done, enough procrastinating! I hope you are more productive than I am!