Late last night I wrote a post and it vanished without trace!!! That should teach me about late night blogging, shouldn't it? See, the tv programme is rubbish at the moment and DH goes off to night shifts at just after 9pm - what's a gal to do?
Well, I'll try to remember what it was I had been talking to you about. Firstly what do you say to this? 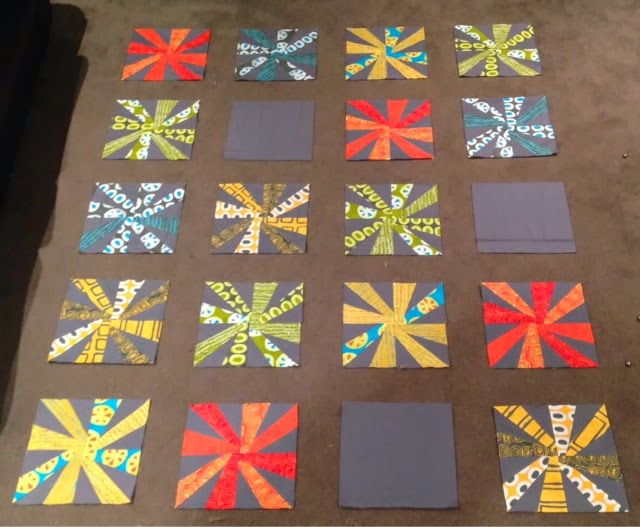 My organised random layout of the starburst blocks - I can see there are too many yellowy greens centre left so I will change this :) (I'm just a bit particular, I know!) As laid out I will set them with about 4 1/2 - 5" wide sashing which will give me plenty of negative space. Another grey border around it all, brocken up with a pieced strip of the prints and voila another quilt top. I will need a) more Kona Solid Steel (I guess), b) batting and c) backing! If I can find another solid that goes well with the prints, I might piece the backing with a vertical row of blocks off centre.
The pattern came from Lee Heinrich from freshly pieced: 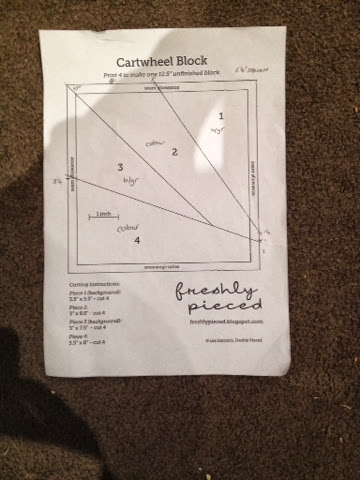 At that time it was a free download, but I believe she has since turned it into a full pattern paid version. It is a very forgiving block, just the centre seams to match. Lee uses paper piecing, I just made myself some templates: 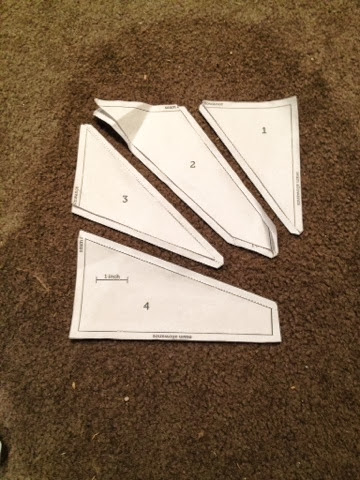 They look a bit worse for wear now lol. This is one pattern I would do again, possibly even with paper piecing for accuracy, look at the secondary pattern you can get: 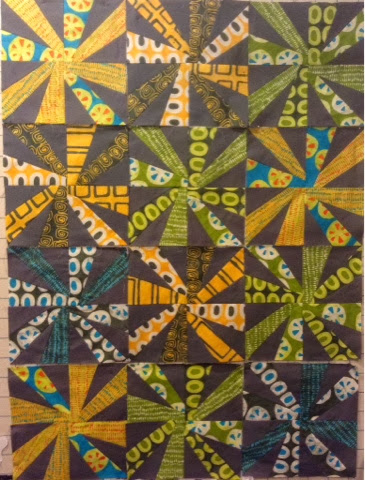 Maybe have a star burst all in the same print, change size etc. etc. I can see plenty of options.
I also managed to get something arty started. For a long time I have had this image in my mind of the small mountain Gugel. My parents' house is at the edge of the residential area on the Gugel, so I have plenty of times walked, biked or driven up and down that hill. I haven't been able to find a suitable picture online, but here is an image of the chapel on the slope of the hill: 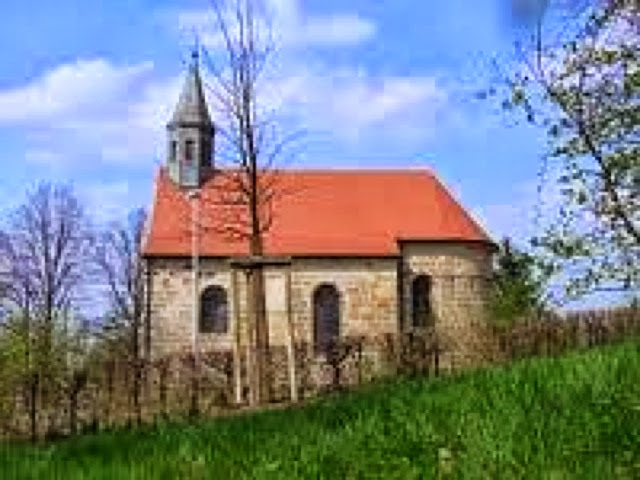 Google Earth is not much more helpful, really: 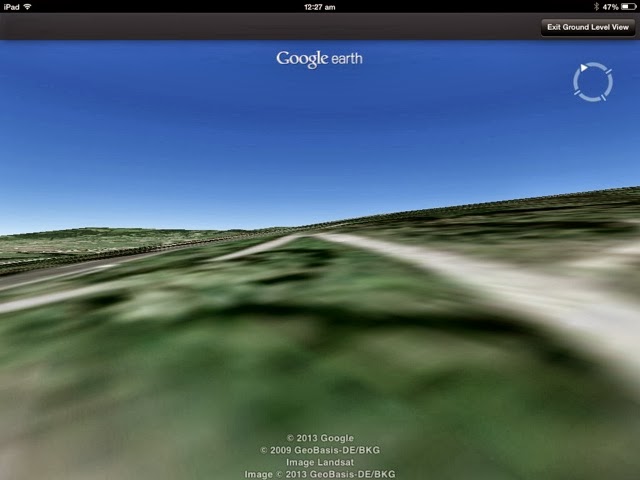 Well, as long as it exists in my head! Here I have started out putting a background together, trying to show rolling hills, with the road in the middle: 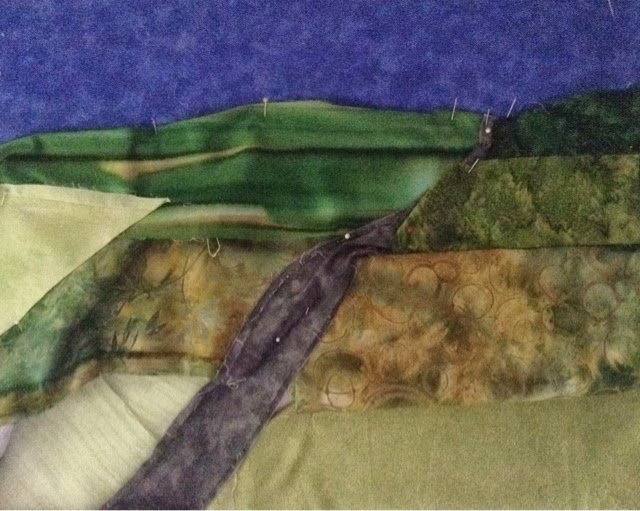 It's still a bit dark at the moment. Once that is done, I will have to add a lot more detail, the freshly ploughed fields, trees in blossom the chapel sits to the left of the road, partly covered by trees... I'm thinking of applique, maybe some silk chiffon overlaid, definitely thread painting...
Since our trip to Germany I have been struck by similarities between Frankonian traditions and Maori tikanga: The reference to awa, the river, in Frankonia the river Main which has been a major transport route, and maunga, the mountain, in Frankonia probably the best known mountain is the Walberla. Family and relationships have played a big part in Frankonian life as they do in Maoridom, when you used to meet someone, you were often asked about who you belonged to (you were expected to say who your father or your grandfather is), which house you came out of (houses can have their own names, and occupant families of these have varied over the centuries), and what your nickname was (which often was inherited from your father and / or your grandfather. My family has only been in that town for 37 years, relative newcomers still, and in their residential area houses did not get given a house name, and while my late dad was well known, I don't think he got a nickname either - though still today some people will say "she is Dieter's daughter".
So following on from this I think my Germany inspired piece(s - if i ever get that far!) will go by the theme of 'Whakapapa', translated as geneology or ancestral ties. It goes with one of my personal and professional themes this year of "who am I" and "what makes us who we are". I have blooged a bit about this at thebelbird.wordpress.com if you are interested.
Well, tomorrow I'm off to Hamilton for ULearn13, New Zealand's largest e-learning conference. Lots of great workshops to attend, catch up with friends, colleagues, tweachers (teachers on twitter) and on Friday it's time for my workshop of Connecting with your learners - wish me luck!
Happy Sewing!
Posted by Monika at 07:52