(Get a cuppa first, there are HEAPS of photos!)

Who would have thought back in ??November?? when I first heard about the challenge that I would end up going to Melbourne? I have sort of recovered by now, my theory is that the human body is not really made for flying around so it usually takes me a while to get over the exhaustion (flying down to Auckland on Monday morning, back on Tuesday night - sigh...).

After two days work in Auckland I flew to Melbourne on Friday night two weeks ago and was picked up by Kiwi friends who I stayed with for the weekend. Melbourne is currently 2h behind NZ time, so jetlag did not happen really. On Saturday morning my friend Sandy and her Kiwi friend Angela took me into the city by train. I took a considerable amount of photographs but I seem to have the special skill to take very bad pictures even with my little camera that does everything for me! I will put in a selection and link to some on the AQC website which are of a much better quality.

Melbourne itself was interesting, 4 Mio. people - this is almost all people in NZ in one city! The public transport is great, trains, trams, buses etc. The buildings are an interesting mixture out of historic and modern - reminds me a lot of the big cities in Europe. The only other state in AUS I have ever visited was Queensland, and there I spent next to no time in cities, maybe all AUS cities are like that? The weather unfortunately had turned from high temperatures to a cold biting wind. People wore coats and scarves and long pants and socks - the kind of stuff this former German now Northland girl had long since donated to the Children's dressups lol.

Once we got to the Carlton Gardens, we had brunch at the cafe in the museum opposite for energy and in we ventured! Lots of stalls, more than I had ever seen before, and the prices even after considering the exchange rate AUS to NZ$ considerably cheaper than at home.
Here are some of the quilts from the Best of Australia section, each and every single one of them were stunning: 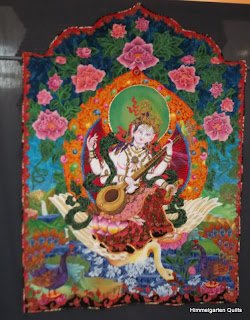 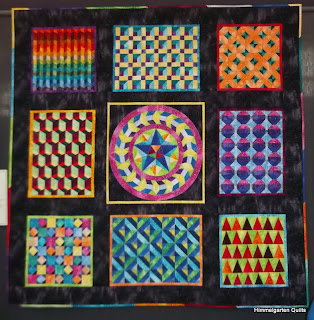 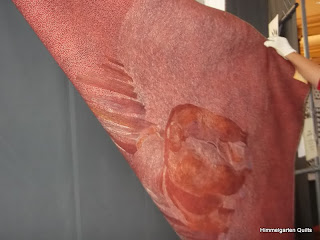 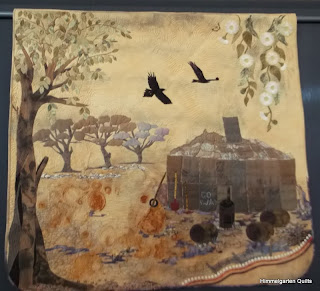 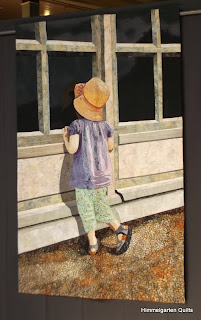 And here some 'famous pieces': 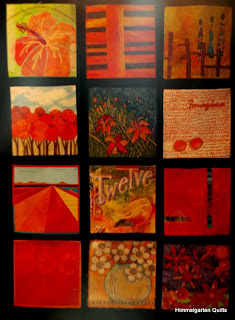 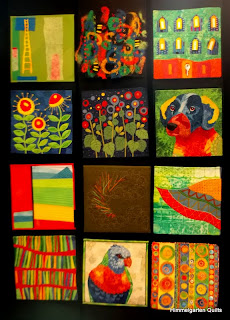 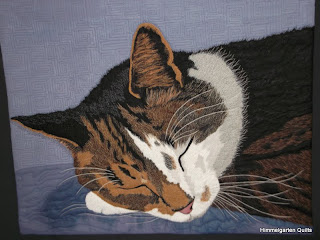 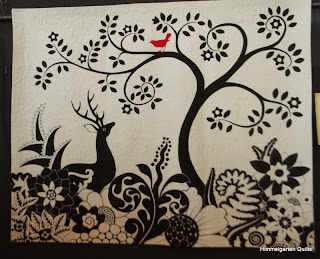 The Free Challenge! The best pictures of the 27 entries you can find here with their artists' statements. I feel the quilts who were judged first and second thoroughly deserved it, and while the viewer's choice was not my first choice, I feel it was an honour to be selected as part of this exhibition: 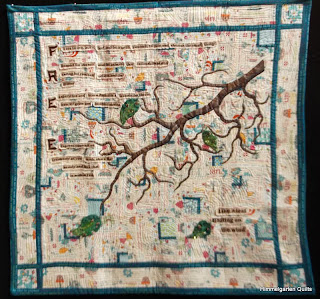 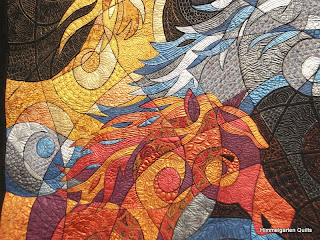 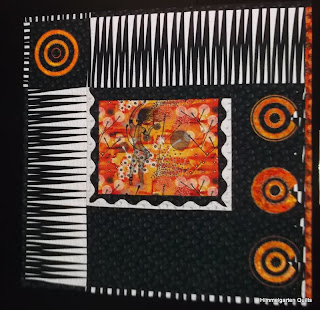 Almost done now, I leave you with a few shots of a different kind of art: 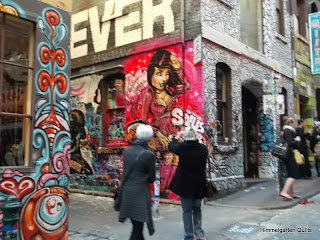 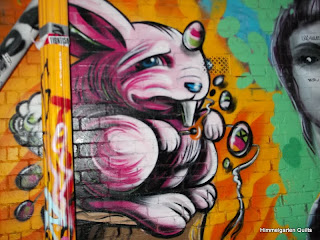 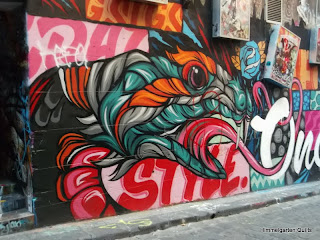 Thanks for hanging in there with me through all these pictures!