A belated Merry Christmas to you, Happy New Year (and at the rate I am going here maybe I should add Happy Easter to it?). I hope you had enjoyable and relaxing time to spend with your family! The weather has been very kind to us here in the Far North of New Zealand with plenty of warm weather and sunshine, with sufficient rain in the mix to keep pastures green and water tanks full (there is no public water supply where we live). I have been off work for since 18 December, and truly felt like on holiday for about the last week (it took some time to wean me off lol!). Another 2 weeks to go, so I have decided I better make the most of it and sew to my heart's content while I can! However, I have been sewing since my last post and here are some pictures: 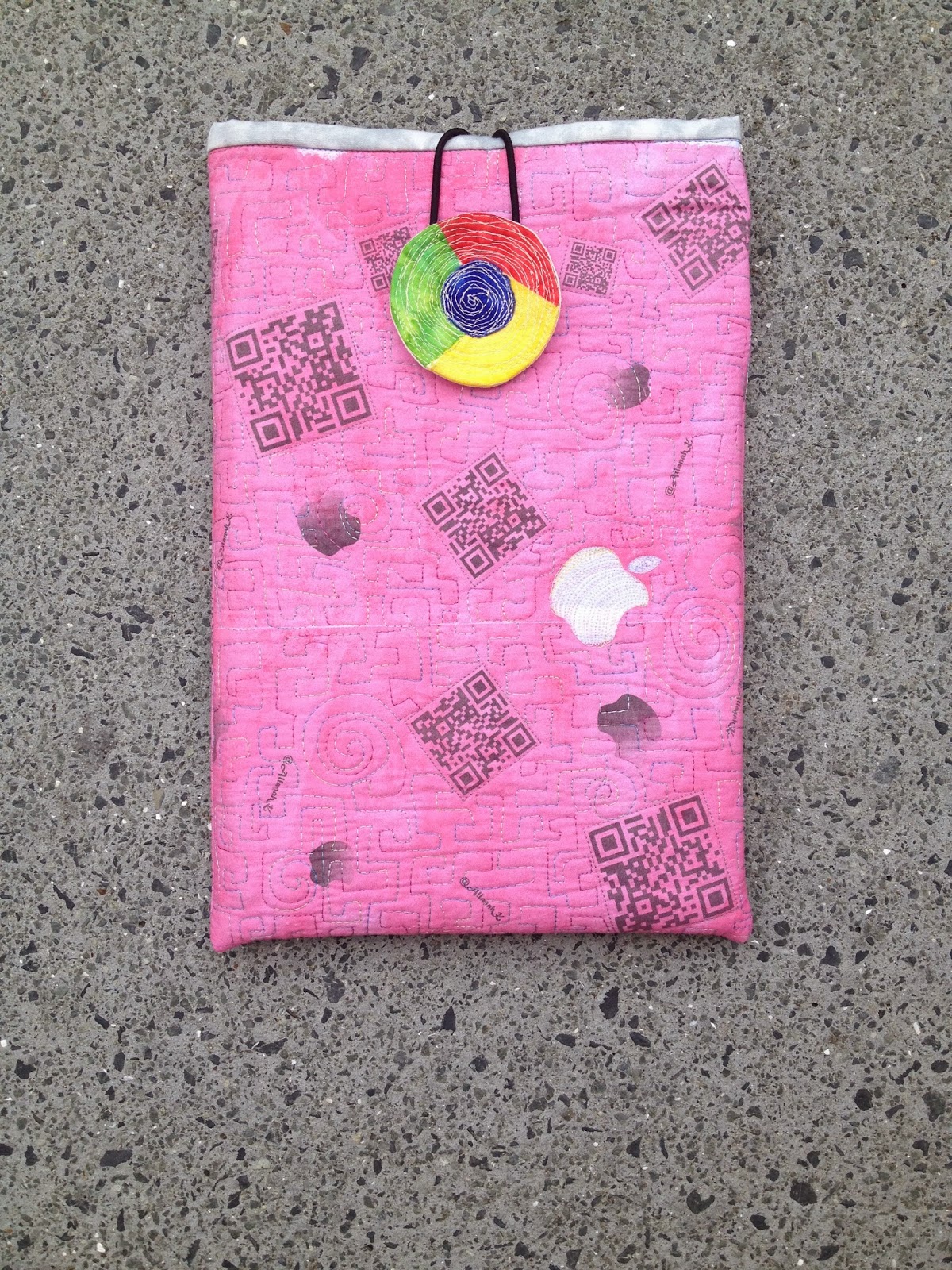 This little Chromebook bag came about after a twitter conversation with a colleague down in Nelson. She has ear rings sporting the QR code of her blog, so I told her about my little adventures with printing my QR code on fabric. So this idea was born! Using white sheeting I sun printed it with my Lumi Inkodye, and as my colleague is an Apple and a Google expert, both symbols had to be included. Some fmq and threadpainting, and some grey Moda Marble for the binding. On the inside some aqua polar fleece left over from ?? and closed by elastic over a Google Chrome button. You can scan the QR code off the fabric and get to her blog :)


Early November we had our P&A Show, and my mum entered several of her own pieces and as usual came home with a number of certificates :) She also entered the placemats I made her - and they won first price :) I have the suspicion there were very few quilting entries this year, but nevertheless :) 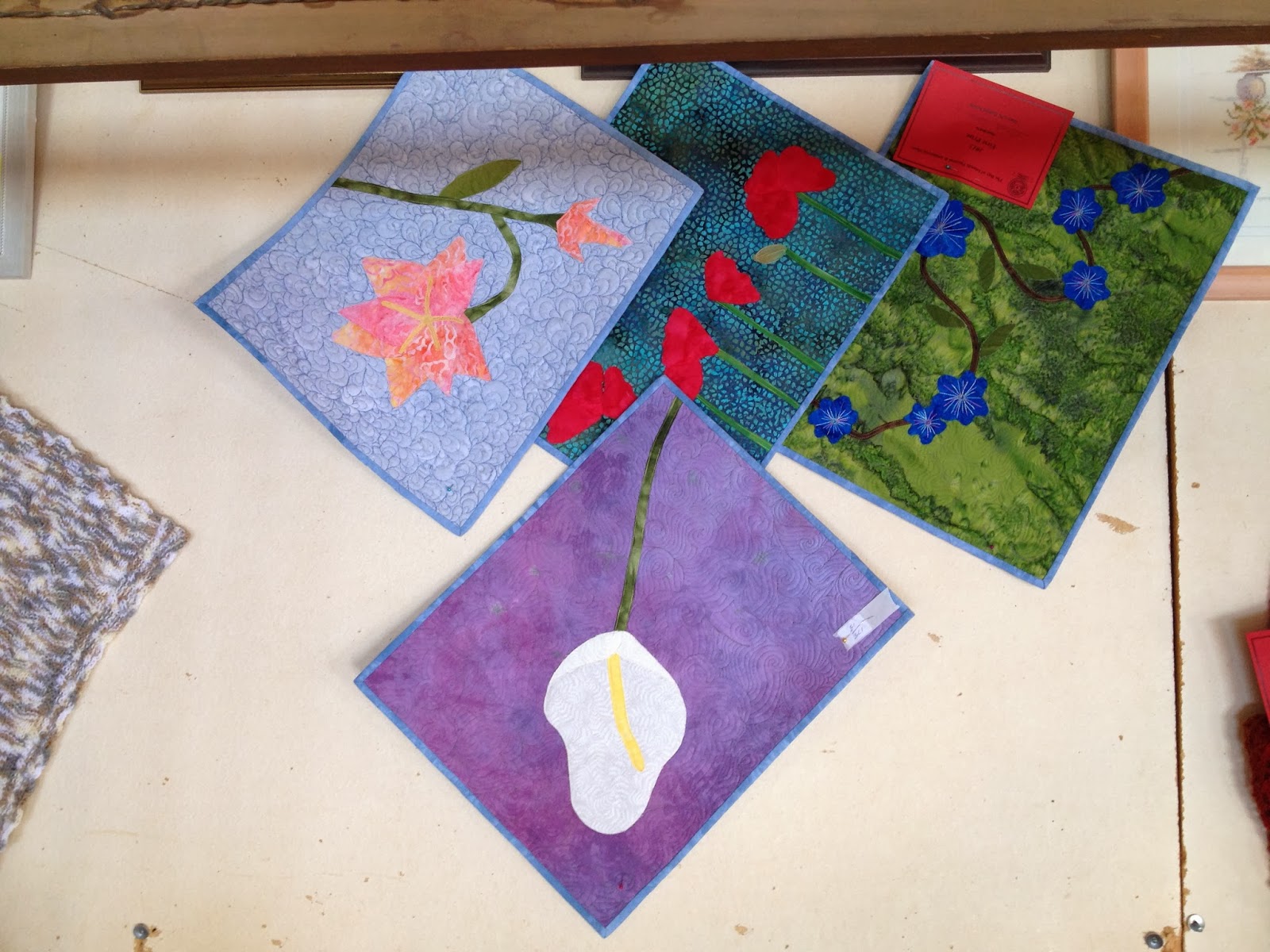 During October Megan from Canoe Ridge Creations had started the Giant Startburst Quilt Along. While I don't often let myself get tempted into QALs and the likes, I couldn't resist, and it was quite a straightforward process which led to this: 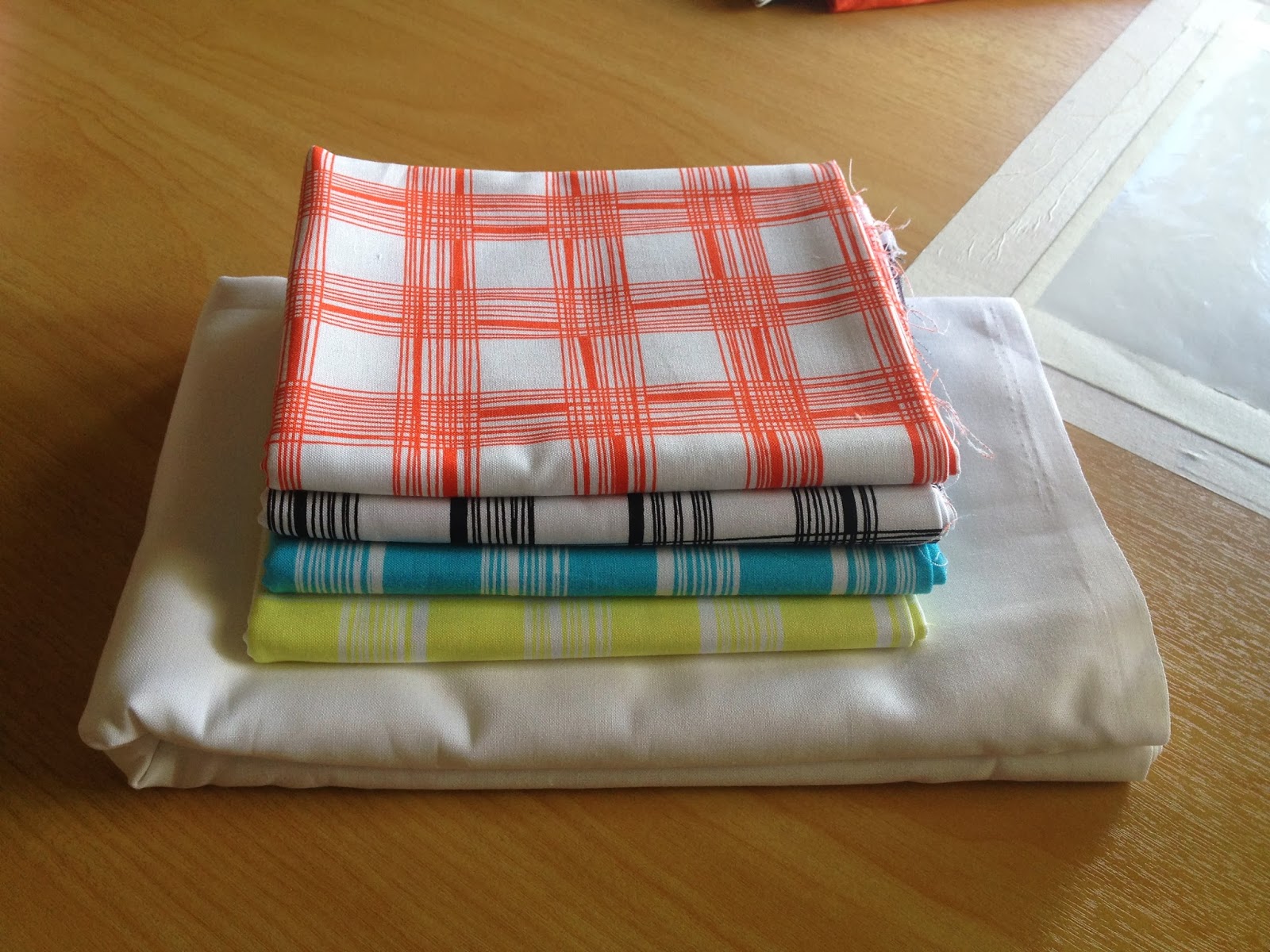 I am not quite sure what I will do with it, 60"square finished is not a size I often make. With all that negative space, it would be a great opportunity to try out ideas from Judi Madsen's Quilting Wide Open Spaces (I have been drooling over this...)... 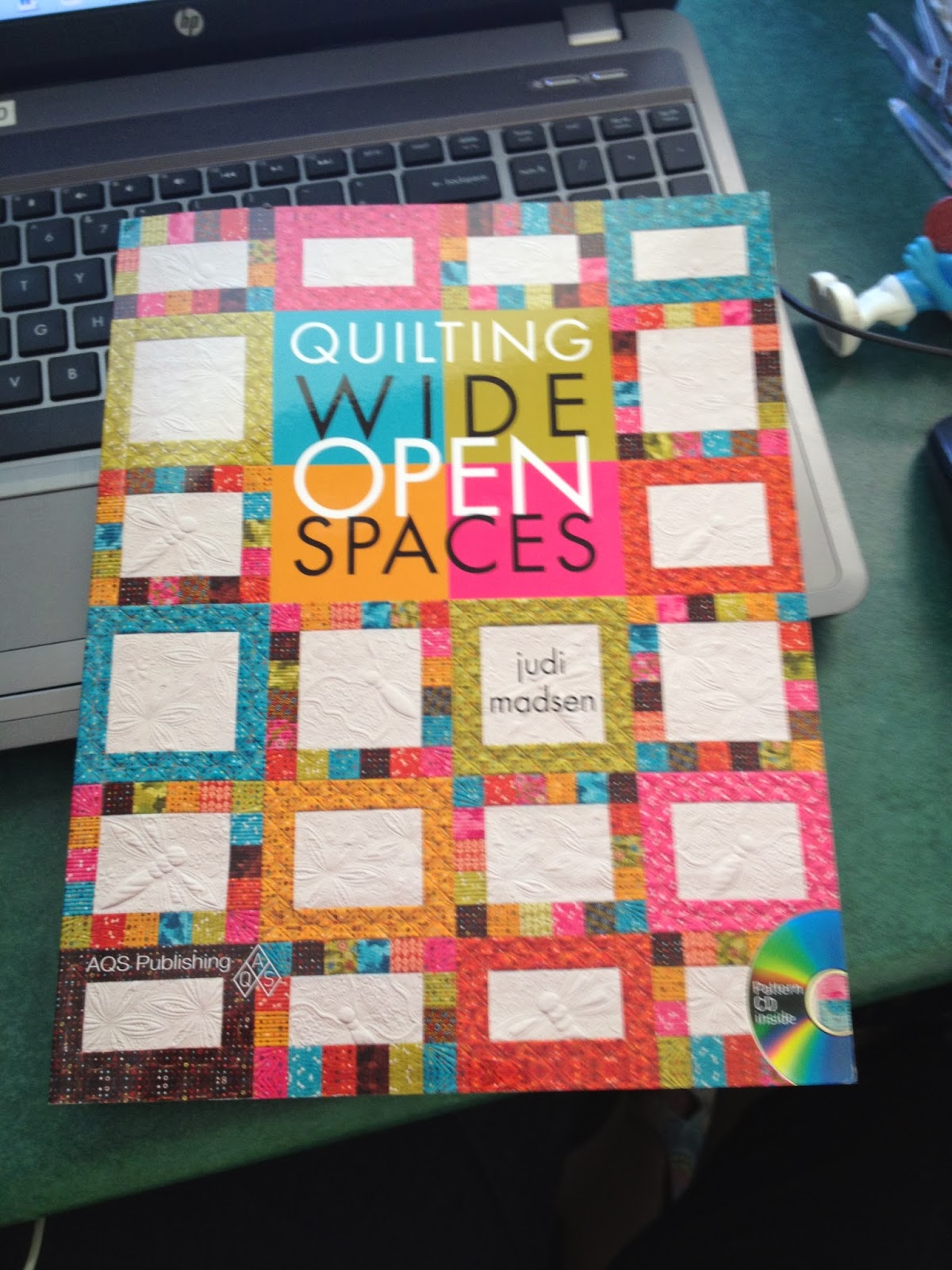 Here are some more of my recent fabric purchases:


My Tokyo Subway Map Quilt is making progress, just three more blocks to go! It had been dragging over the last few months, until Suz showed me her blocks laid out and now I want to get it done!

It was pretty hard to get a decent photo of the progress so far, this was the best of the lot:

Now I am quite excited about the project again, the end is in sight, and though it's January already (and block 8 is yet to be pieced) I will try to get through the remaining three (8, 9 and 10) asap. Suz and I have talked about the quilting; my thinking is I want to have a different fmq in every of the different (colour) lines. I am not great at sidd so was thinking about 1/8th" distance from the coloured lines instead - but that limits my background quilting options. Hmmm, any suggestions anyone??


The most time I have spent on Fireworks; all startbursts are quilted, and I am starting to fill in the background:


There is a third project I have spent a lot of thinking and tutuing time on lately, the 2014 AQC Challenge 'Ten'. I had two different trains of thought and at the moment I think I will go with my original idea, hands expressing different parts of life and emotions. Here is an example of one of my practise pieces:
Current thinking is I will go with white thread painting on white background (hence the white homespun from Spotlight), QAYG style (possibly using a nice woolen single batting I have; I had intended it for a quilt for middle DS, but he is a hot sleeper anyway, so this would not work for him). We'll see what it looks like when I have put a few blocks together, I was thinking about 'writing' into the sashing / borders - 'ten' in different languages, or maybe rather emotions / stages of life? Any suggestions and critique would be much appreciated :)

Well, that's me for today, I better go off and piece that block 8!