Almost on the home stretch...

I found a new favourite place to pin up my quilts for photos - the lounge curtains. I can even leave it there tonight, his highness (12y old DS) will surely get up before dawn as usual on a weekend (during the week it's like 15min before we have to leave and that's usually after sustained yelling at my part lol), and unless I open the curtain and chase him off the computer, no daylight will touch his skin (well, not quite but you get the idea). The quilt seems safe ;-)

DH at work on a one-off night shift, so I have been sitting here stitching on my connecting strip on the back. 4 more lines of feathers and I will get to work on the borders!

After consulting DH earlier today, I am planning to add another stripe of peach around all four sides, to be followed by another row of mini pinwheels on the drop. That will unfortunately have been the last of my peach but not big enough for my superking size bed, so I have (after closing time) tried to find more of that peach moda marble locally - no success through the internet just yet. Northland girls, any suggestions? I could go to Whangarei tomorrow, or try Gordonton?

What else has been going on? A few things have been on my mind a lot: [I am off on a rant here, and if you rather want to look at the pics, you'll have scroll all the way down:-)]

As you would know I am a teacher, though as of last month just part-time plus 3 days/week with the Special Education Service. The various proposed and actual changes to our NZ education system really upset me, we have a very good system with very good teachers. Over the last 6 years I have worked with children at risk, a lot of them from very poor backgrounds. I have seen a lot of hungry children, children who come from dysfunctional families, transient families, parents in jail etc. etc. There are children who are not achieving. In some - very few - instances that is due to a lack in the teaching, in many more cases poverty and lack of parenting skills.

We are in the second term of a "National" government, which has crept further and further to the right from the centre right on election night (I did not vote for them). In addition we have had some devastating earthquakes in Christchurch, on the South Island, which added to an already financially stretched government.

However, NZ teachers have had the proverbial thrown at them:
They are told they are failing at least 20% of all student hence National Standards in the 3 r's have been mandated.
They have been told that their student's results might get linked to their pay.
They have been told they will need higher qualifications in the future (I actually don't have a problem with that , but watch for the Charter
School paragraph below).
Schools' results will now be presented in league table type format on a new website from next month (though the data so far collected has been called "ropey" by the PM!).

At the same time the government is opening Charter Schools (publically funded private schools) without requirements for trained and registered teachers, choosing their own curriculum, no National Standards.

In the name of improving the education for Kiwi kids the education minister had announced the increase in class sizes which thank goodness was retracted after a nationwide outcry.
Then last week the unexpected announcement that a large number of Christchurch schools will be closed or merged.
Add on top of all this that the payroll for teachers has just been taken over by a new company, Novopay, which was an absolute disaster: Thousands of
teachers incl. I received no money or were underpaid. In the second payrun this week they managed to get more people right, still well over a thousand not or underpaid incl. I. At this stage I am still owed more than $3000! I received a cheque advance today which won't be cleared in my account until Wednesday (...)

To say I am "not amused" is a slight understatement. Why would anyone want to become a teacher nowadays??? [I need it to pay for my quilting I suppose!]

One other thing that has been very much on my mind is hungry school children. I don't mean the bottomless pits (like my 3 boys), I mean the ones that have no lunch at school. We call ourselves a first world country, but still we have children who go hungry. Day after day, week after week. How can they learn when they run on empty?? Lack of education can lead to criminal behaviour, and a prisoner costs about $100,000 per year my hubby says (he works at the prison). NZ has more than 8000 people incarcerated. Kidscan Charity tell us they can provide one meal to every child in a low decile (poor socio-economic area) school for less than $4mio per year - this is 0.5% of the cost of these inmates, but could help these children get an education and prevent at least some turning criminal which will in turn save money for the government with less inmates. It's a no brainer, but the government is not interested.

It just makes me absolutely mad that what I see everyday - poverty and lack of parenting skills - gets brushed aside and instead the teachers get the blame and the addition to the curriculum - and then they don't even get paid on time or correctly!!!!! Rant over - for the moment!

Well, I better head off to bed before DH comes home from work! 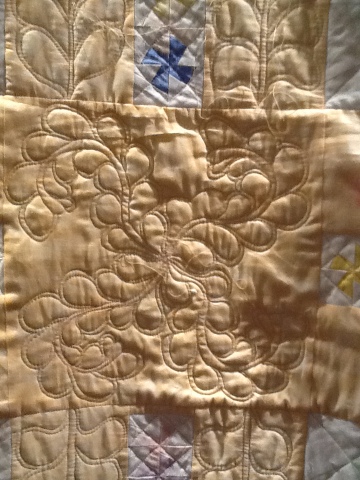 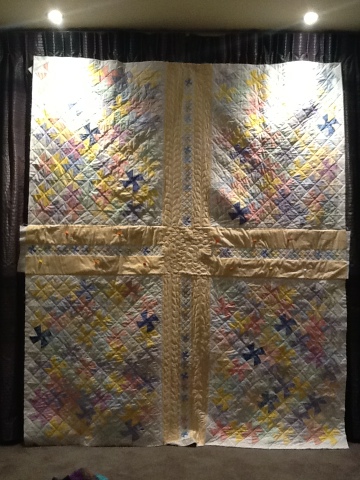 Email ThisBlogThis!Share to TwitterShare to FacebookShare to Pinterest
Labels: Tesselation