Happy New Year:) With all the 2016 reflection and 2017 resolution posts floating around the blogosphere, it is time for me to say 2016 has been a write-off for me in regards to blogging. All of 4 posts!!! I put a few things on Instagram and posted some into the BMQG Members Group on Facebook, but the number of posts is a reflection on how I felt about my year - nothing much worth sharing. Let's see what comes to mind as reflection:

At the end of January I had started in a new position, classroom teaching, and it has been hard work. I ended up getting sick at the end of the school year and sadly didn't have a chance to see the last few days of the school year out with my class. Work had a big impact on my quilting, and it's only now that my contract has finished that I feel creativity and a need to work on something and to make stuff have returned.

The boys have all settled in well at their high school, all received a price / certificate in some shape or form at their respective end of year assemblies, and the oldest has last week passed his Learner's Licence; now to persuade him to actually learn to drive a car... DH has had his contract for the next 6 months confirmed and he is enjoying his work (teaching for a tertiary institution). 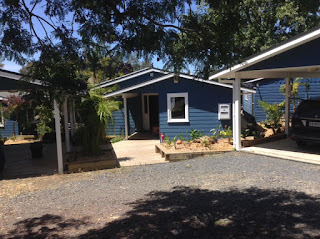 With moving into our new-to-us home at the end of February 2016 we found the garden very overgrown and in need of serious TLC aka chainsaw pruning. DH and I have spent a lot of time as of late to weed and mulch, and it's starting to take shape: 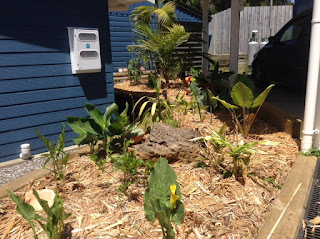 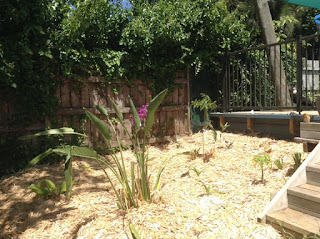 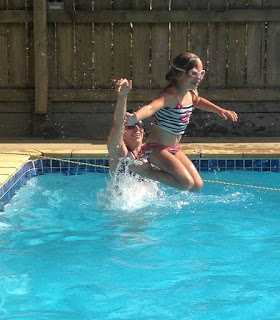 While the rest of New Zealand seems to have a hard time getting sunshine and warm temperatures, Northland has been blessed with lots of good weather, to the point of a drought threatening. We have spent a lot of time relaxing at the pool, and with both my sister's family and my mum & partner living close by, my niece has learnt to bomb as well as her teenage cousins: 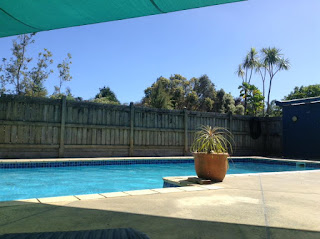 We live in a beautiful part of the country, lots of historically significant places within walking distance or easy commute:


Reflection: I actually did some sewing in 2016 (the following in no particular order)

Vintage Quilt Revival Block Exchange with +Suz J:
Back in April 2016 there were 11, now there are 23 blocks: 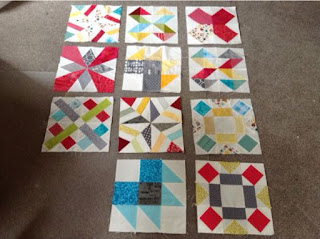 Giant Chevron
I've only just recently unfolded it again (it's been living in the corner on top of my sewing table) and I am still (!) quilting the background outside the chevron. Just about half way; by the time I am finished it will need a VERY serious wash owing to the cats that have been sleeping on it over time...

I have had less trouble with thread breaking since I started on this again, but I have noted, when I fmq a circle, clockwise, between 5 and 7 on the clock face my machine can skip stitches. It's not always possible to stitch anticlockwise, so I've been careful and slowing down to try and avoid this issue. 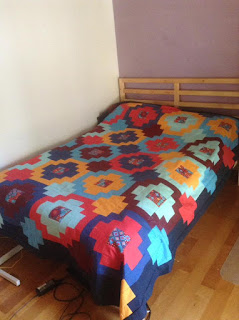 This is now quilted, labeled, and I have started stitching down the binding. After some experimenting DS and I settled on invisible thread for the top and black for the bottom (I might live to regret this choice, but it quilted a treat and looks just like we wanted it to - blending in but not completely). 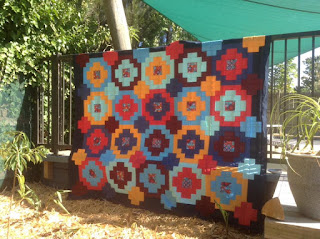 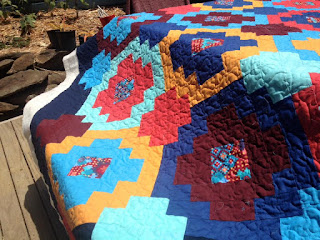 From Gunda's Hope Chest
My MiL gave me beautiful damask from her hope chest when we visited Germany 3 1/2y ago. Instead of making duvet covers, I turned it into a large quilt for our bed. There is one problem with California King Size beds, the quilts need to be ginormous! Now I can put this on first and smaller quilts on top :) 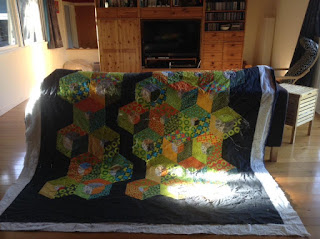 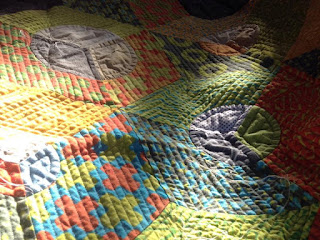 I entered a piece each for the Yellow and the Floral Challenge.

Totally Cactus
I made a couple of these as Christmas presents: 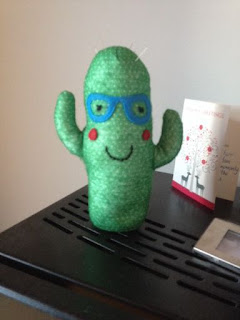 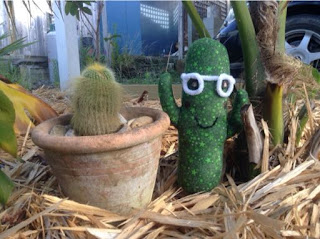 Whakapapa #1
I don't think I blogged about this one? I finished it last summer, it's a piece inspired by the landscape of where we grew up in Germany: 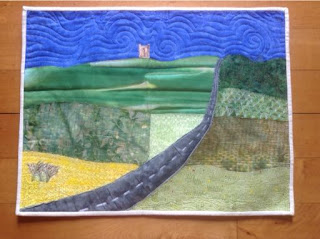 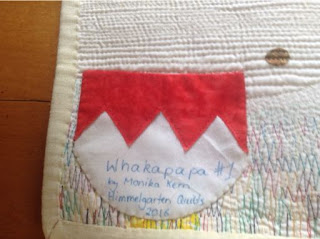 To a certain degree the success (or otherwise) will be influenced by work (and I am still applying for jobs atm). What I would like to do (again in no particular order):