Term break and the weather in the first week has been atrocious! We've had a massive storm that has left roads and country side flooded (just google "Northland storm flooding 2014" to see some of the pictures...). We ended up with no power for 72h from Tuesday night to Friday night. Thank goodness it wasn't too cold (though we ended up borrowing a gas heater on Friday - that's what you get when you build a house with heat pumps and no fire place lol). Our freezer had a sleepover at Suz' place who got power back before us, our oldest son had a sleepover at Oma's (who had power and wifi ;D) and the rest of the time we just got on with things. We had access to plenty of water with 10,000 gallons in the water tanks but carrying it inside in buckets is not that much fun (incl. water for flushing the toilet...). In the aftermath of the storm we are dealing with road closures and detours, but overall our family are just fine, much better off than some other people.

As I am not a friend of handwork I didn't get much done last week - I seriously got tempted to take it up I can tell you! I have made up a little since, let's hope the power stays on :)

Here are some pics of Fireworks which I finished and washed at the end of June; as this is a UFO from 2012 (??) I will share this also on Sew It's Finished: 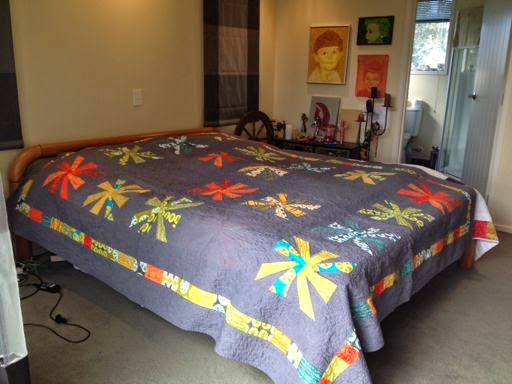 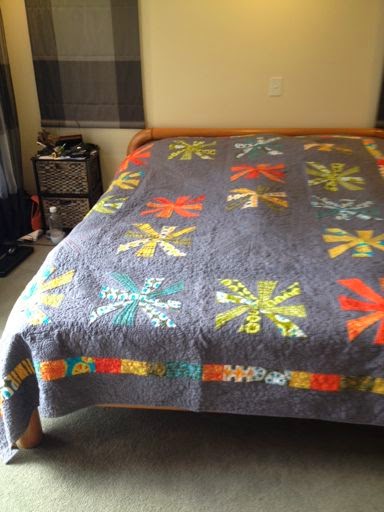 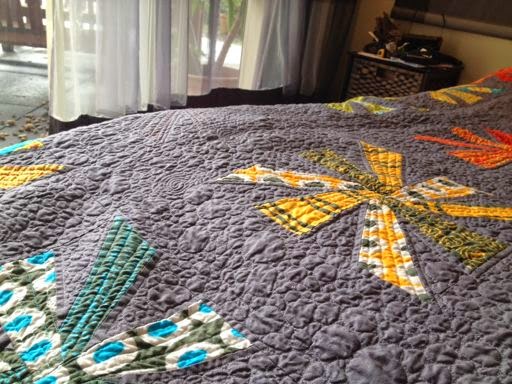 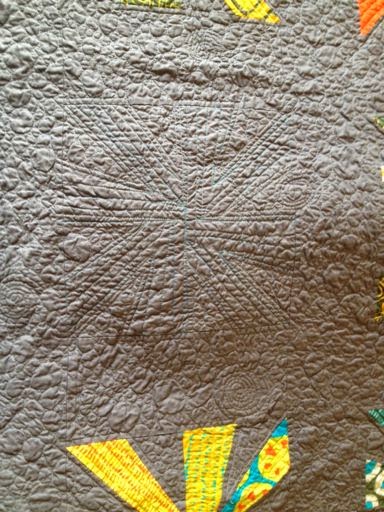 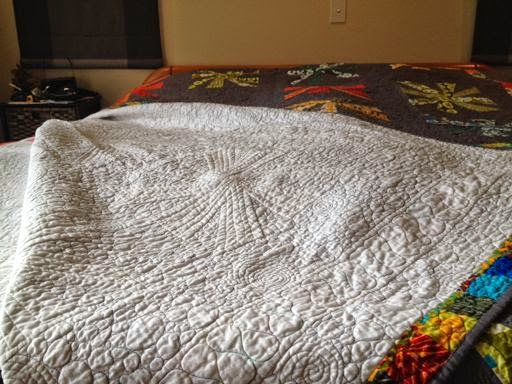 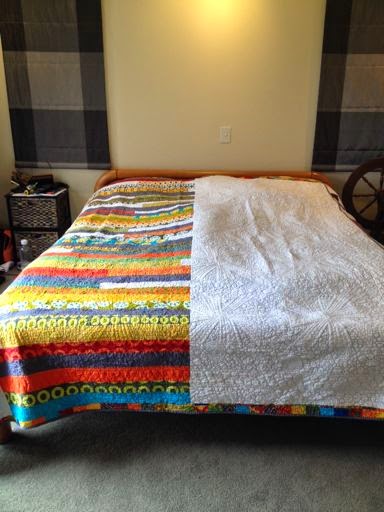 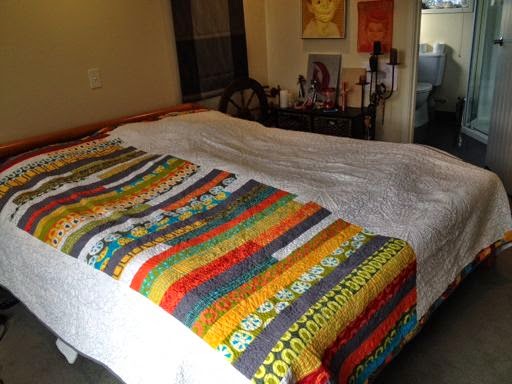 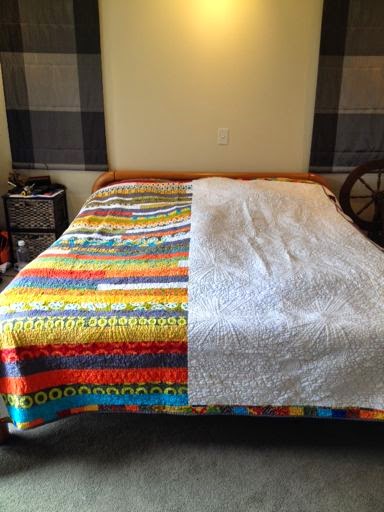 Tokyo Subway is getting there, still quilting endless echo spirals... I won't bore you with pictures that are just more of the same. I think I might have about 2/3rds done now.

I am getting a bit restless with quilting this big beast, so I have basted and SIDed Spring Fling. Using some polyester batting for the loft (and because I still had it on hand lol) it is waiting to be quilted further now. I might try to imitate the quilting on the original.

Weekend before last I needed some instant gratification type - combine that with a colleague leaving at the end of the month this will be heading her way:

So that's me all caught up - I think? What's happening in your neck of the woods?