Just a week a later and I'm still here! Maybe on the account of a slightly lighter work week? I just quickly wanted to share some pics with you:
- Fireworks has progressed one step, binding strips are cut ready to go: 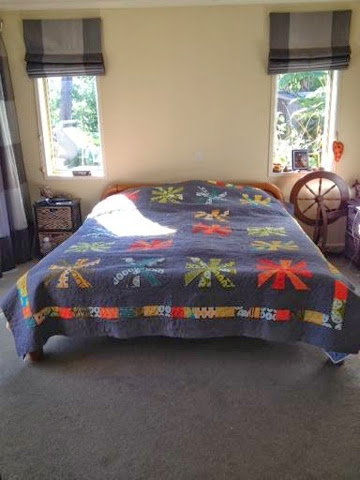 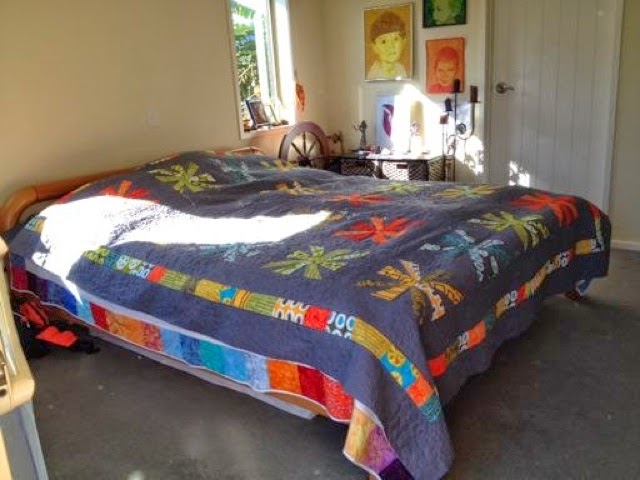 (It's a generous queen size, so you see 'To the Power of Four' underneath on my superking sized bed)
- Middle DS' iPad Mini has a new 'home': His request was for crazy applique style bag with ribbons etc. 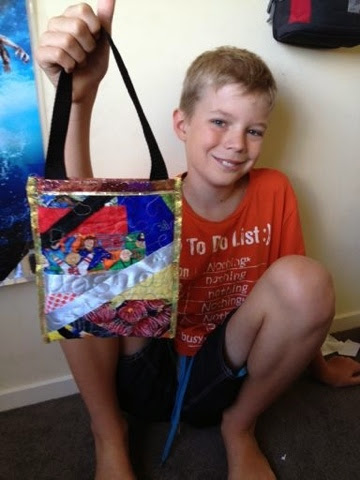 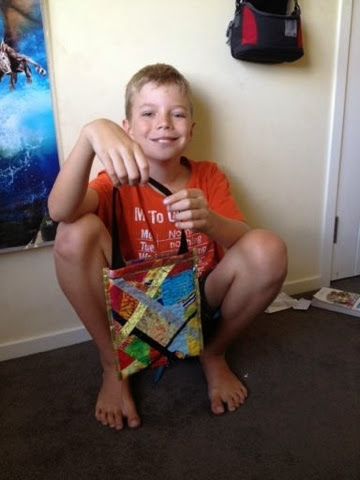 As (also) requested it says his name on one side and awesome on the other (though the last 'e' disappeared a bit in the binding). Still need to get rid of some thread ends...
- My MacBook no longer has to share a bag with the Chromebook: 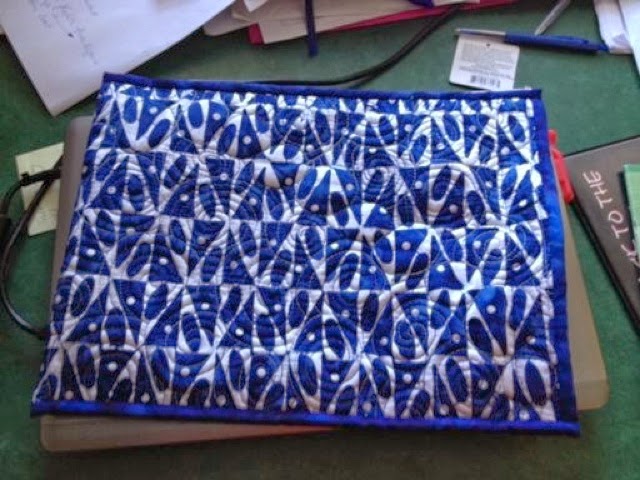 FMQ circles with echo swirls around it. Velcro for the closing, a left over piece of ink coloured batik for the binding.
- Teddy has all limbs attached again ;)
Youngest DS has now requested not one but two bags lol: One for my iPad which he uses at home, one for the Chromebook at school (at their school they each have a Chromebook each from y4-6 to do their school work, all paid for by the parents though we live in a low socio-economic area :D yes, they are one of the schools I work with so I am obviously biased). The Chromebook actually has a really sturdy bag already, but he doesn't want to miss out when his brother gets something :)
What is next? Basting Tokyo Subway quilt and then start quilting it. I would have lots of other ideas but need to find time to really think and get started...
We played our two concerts last night, that was lots of fun! Now that I'm in a bit more playing shape again it's sad it's over - have been talking with a few people if we can keep practise going... Watch this space...
On the house selling front nothing has changed yet, so we may stay put for a while yet. Day light saving has ended last night so we're up bright and early - will have to head to the shops to fill up that Colouring in Bag and the rest of the bucket so we're all set for Batons up at school next week.
What's happening in your neck of the woods this beautiful autumn weekend?
Happy Sewing!
Posted by Monika at 08:11