Tokyo Subway Map Quilt is done and dusted de-haired - though I can see already that the cats like it way too much that it ever would stay clean for long! 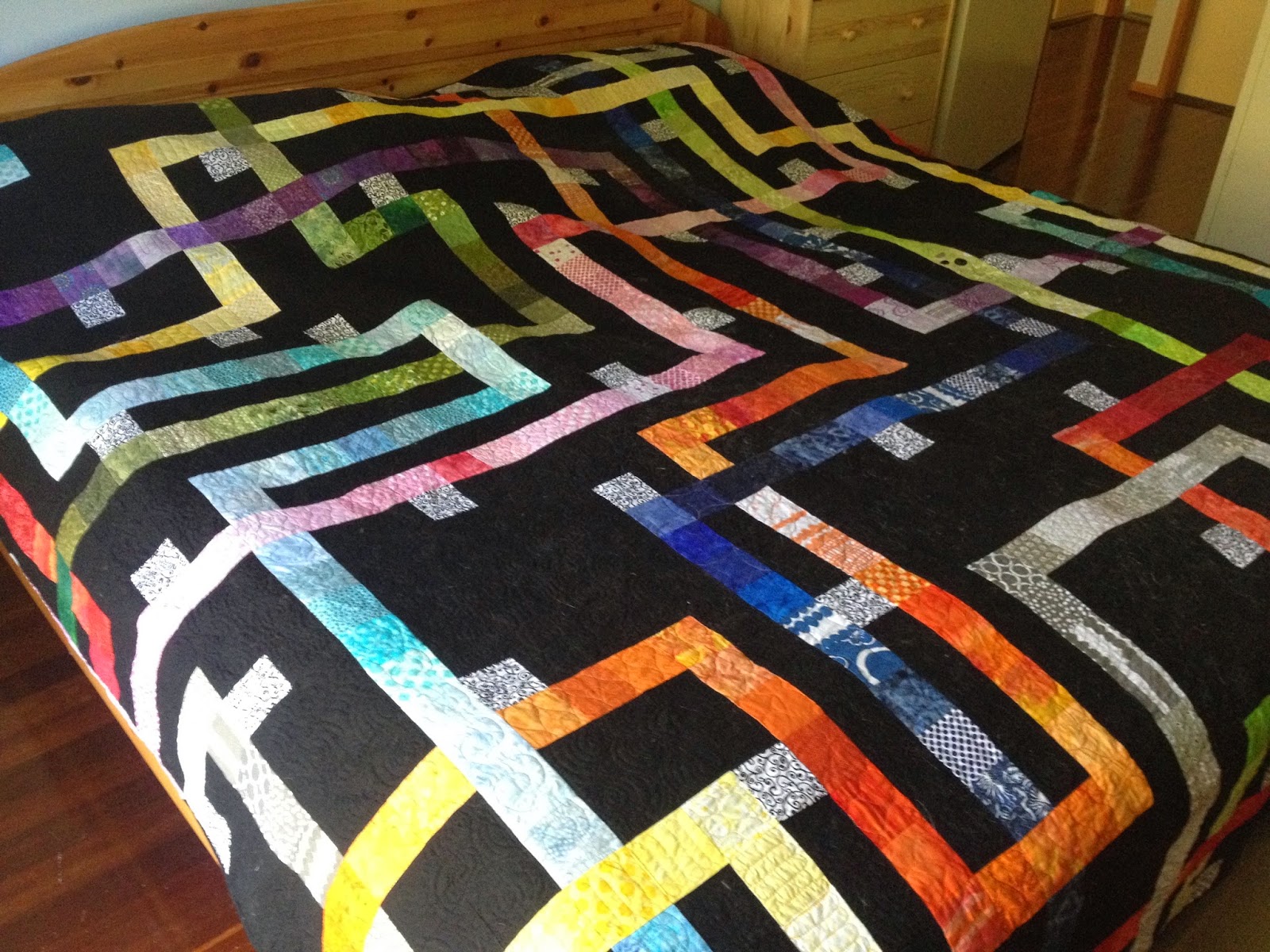 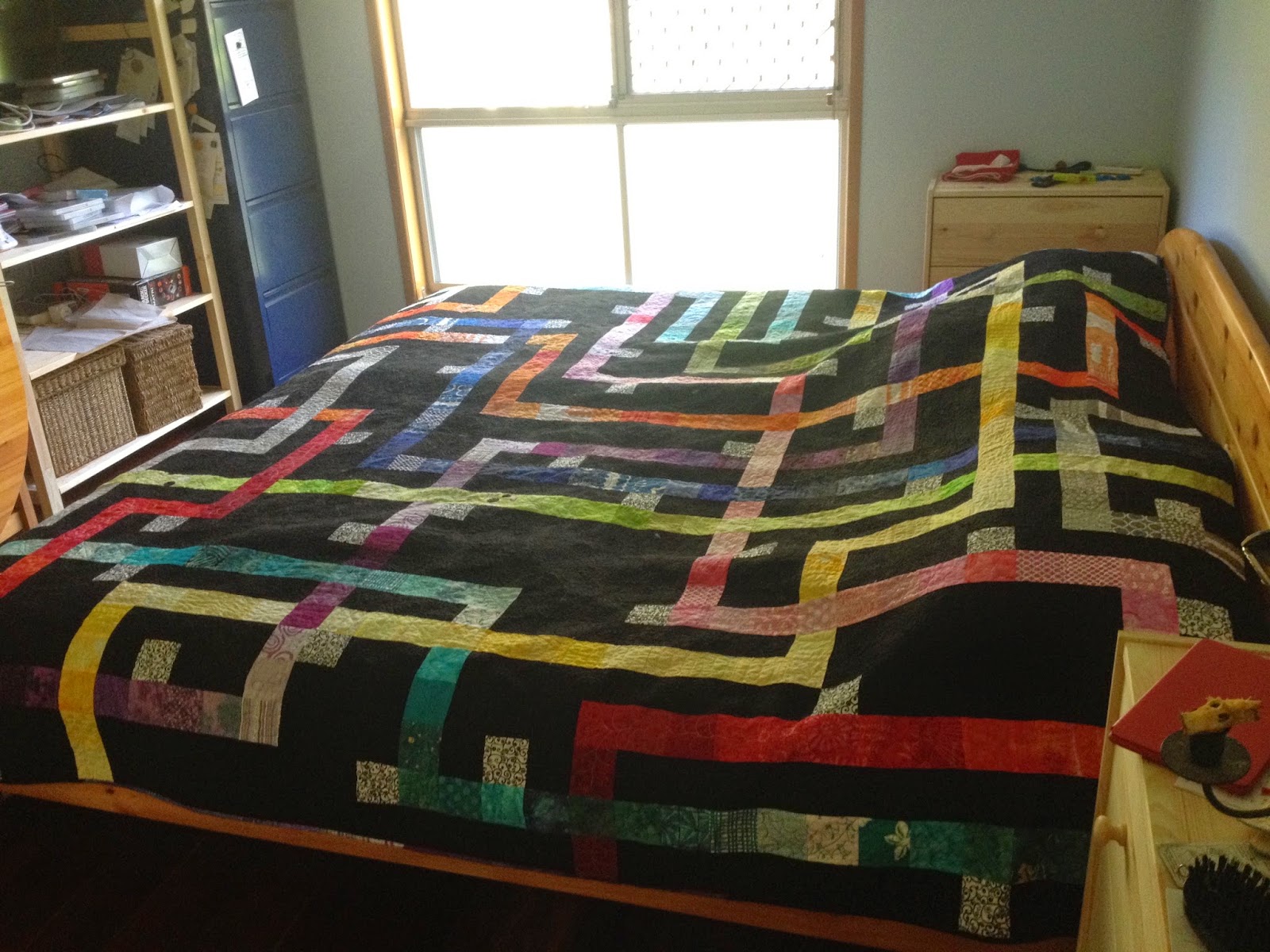 Suz from All the Good Ones are Taken and I both started our quilts back in January 2013, we pieced a couple of blocks each month (I used 3" squares cut). I started quilting during 2014, first with lines 1/8th" from the coloured edges rather than SID (something I'm not very good at). I filled the coloured subway lines with different patterns and started filling the black background with echo swirls. The black on white subway stops were treated with a petal shape which reminds me of frangipani (I've said hibiscus in a previous post but that's wrong of course!).
With the move to Australia quilting went on the back burner for a while, and just before I was finished, my machine gave up! I'm glad that it's all finished now, though:) Below find some more close-ups of the quilting: 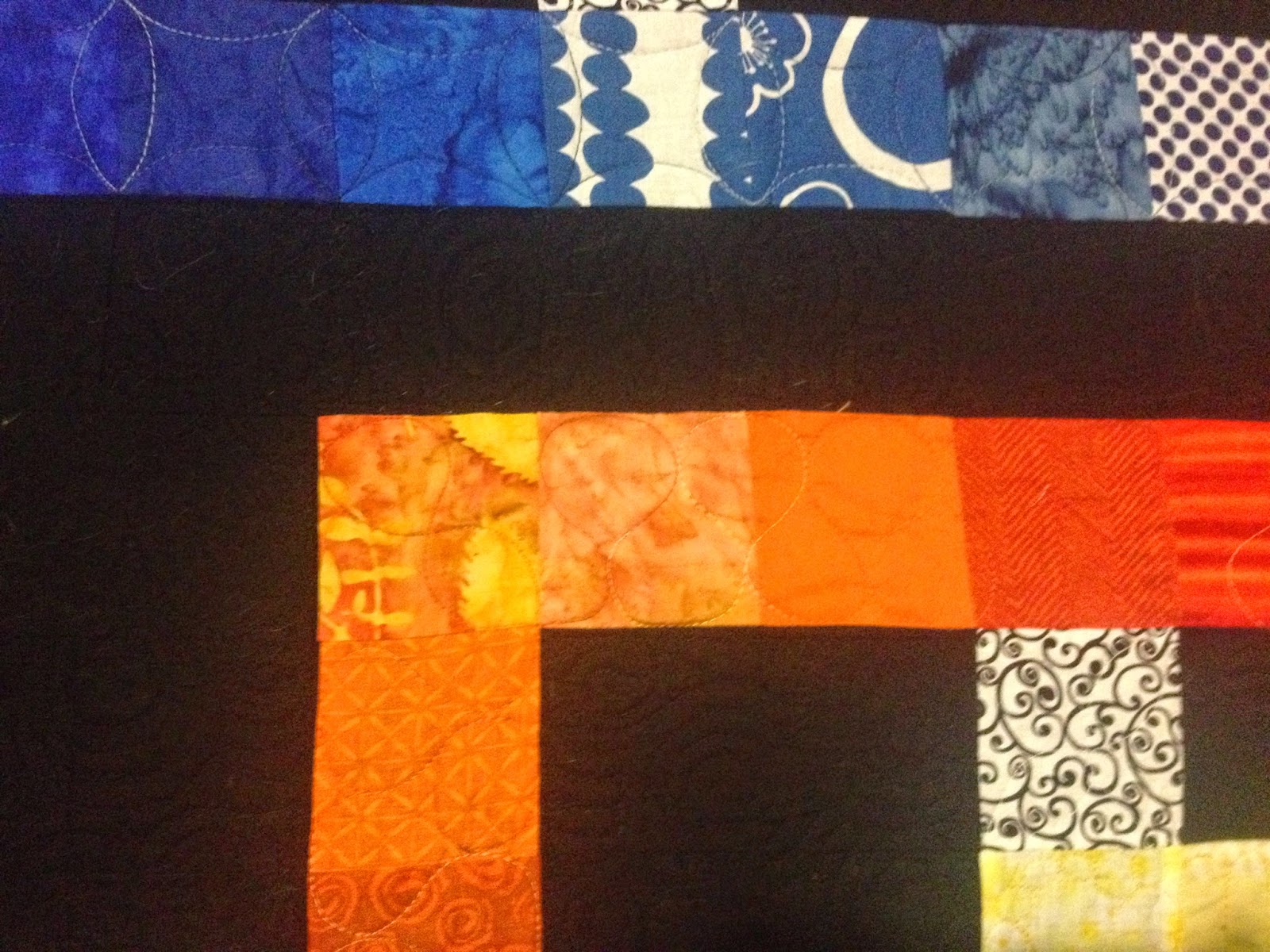 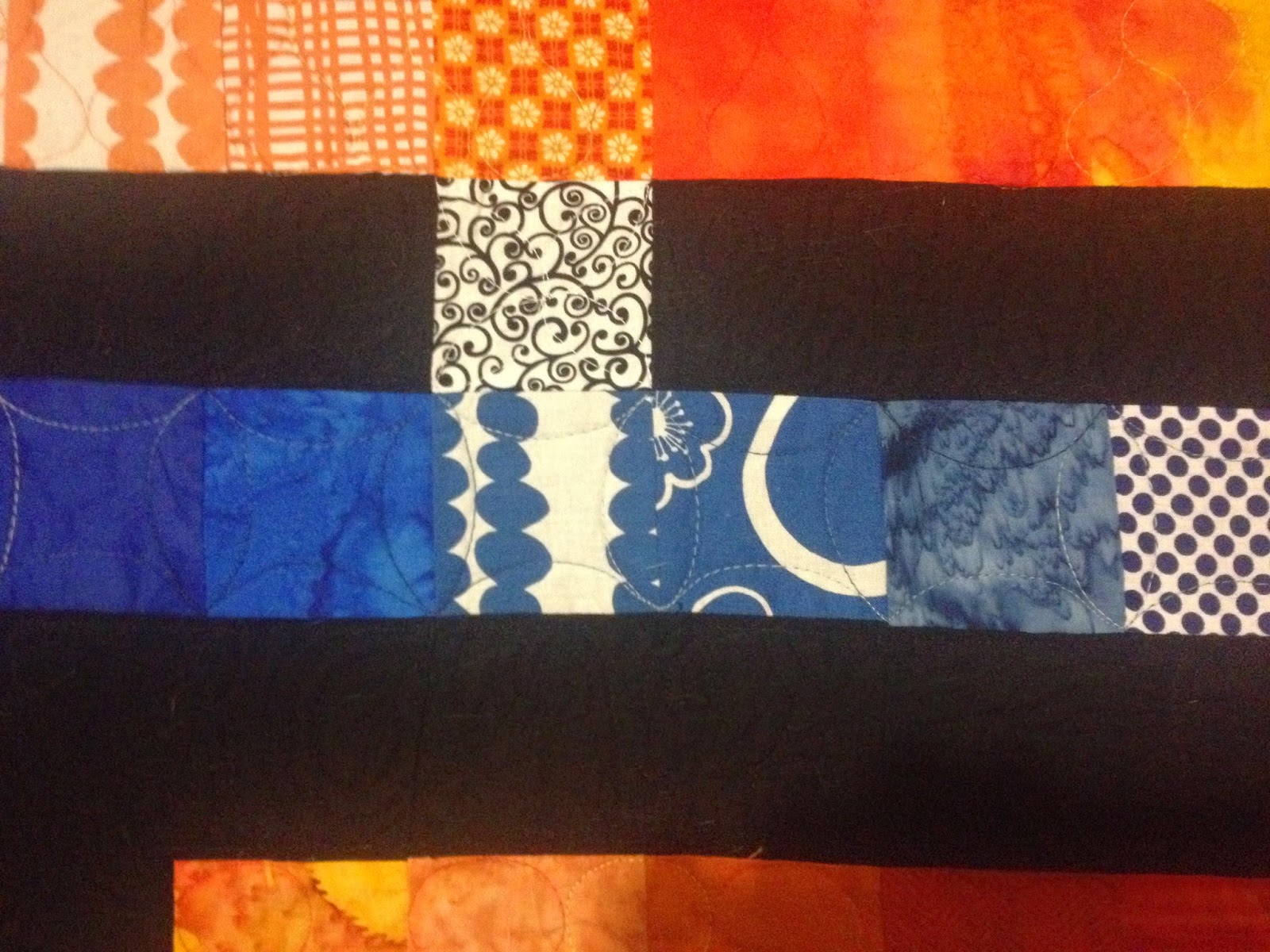 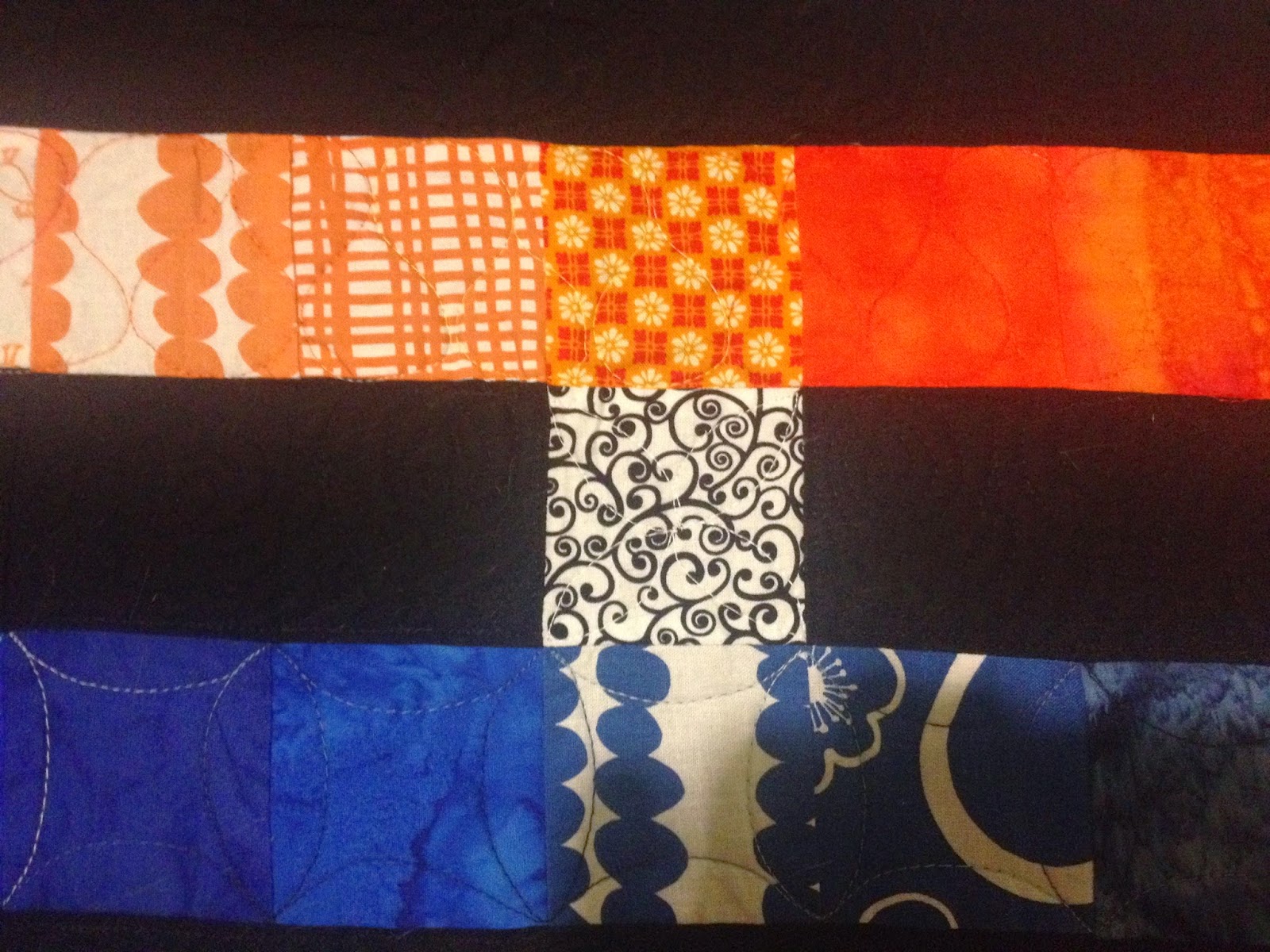 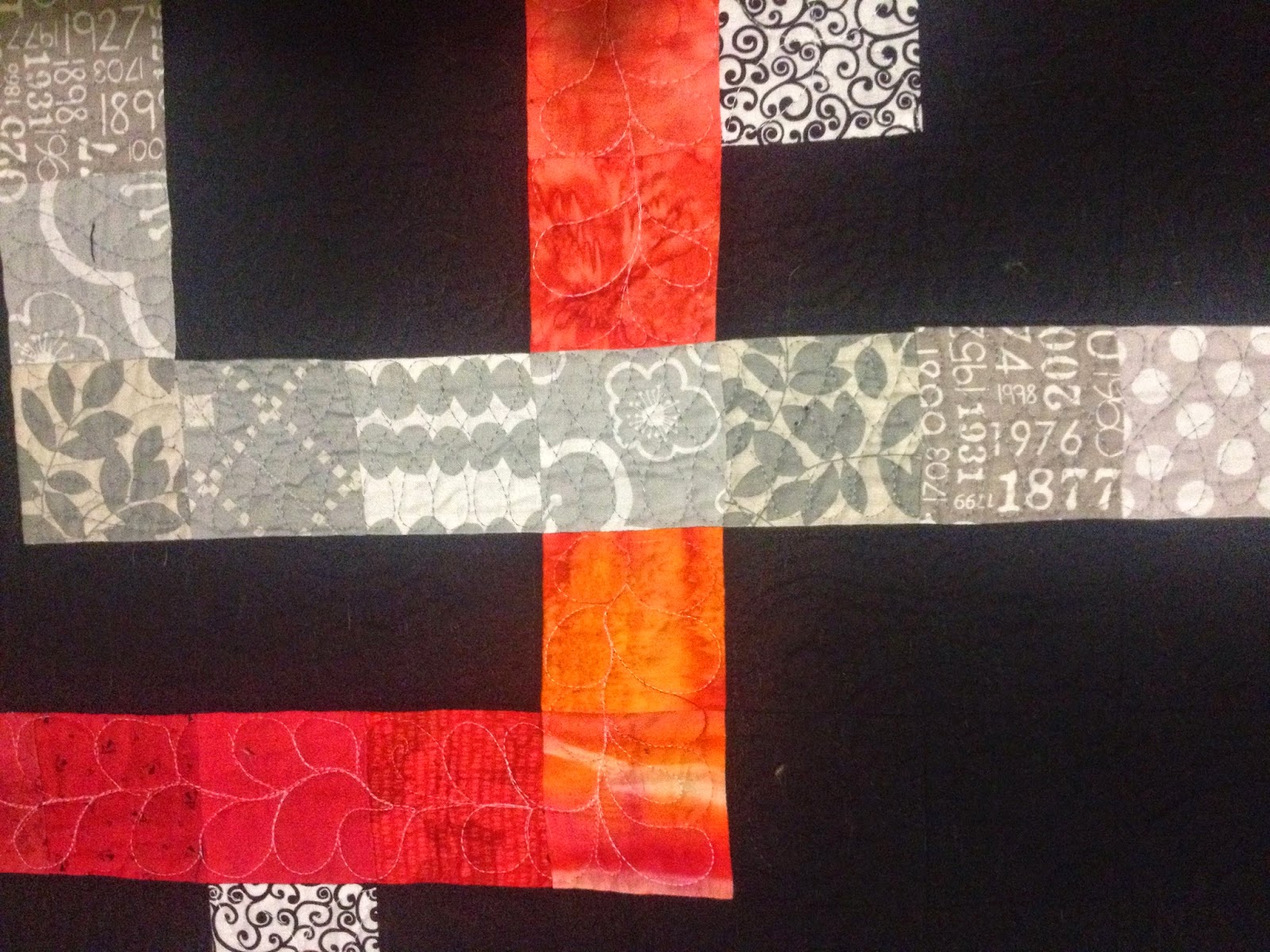 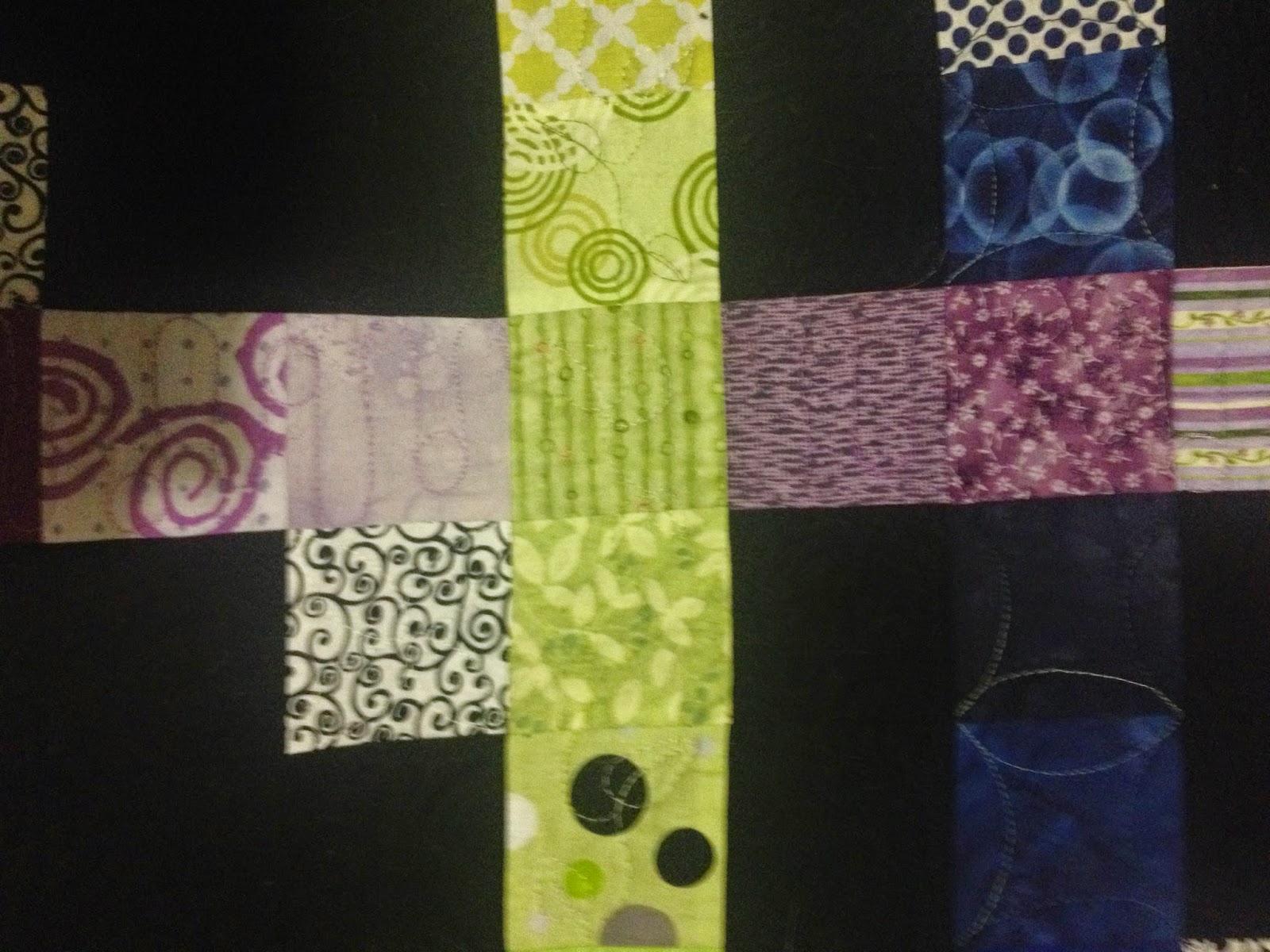 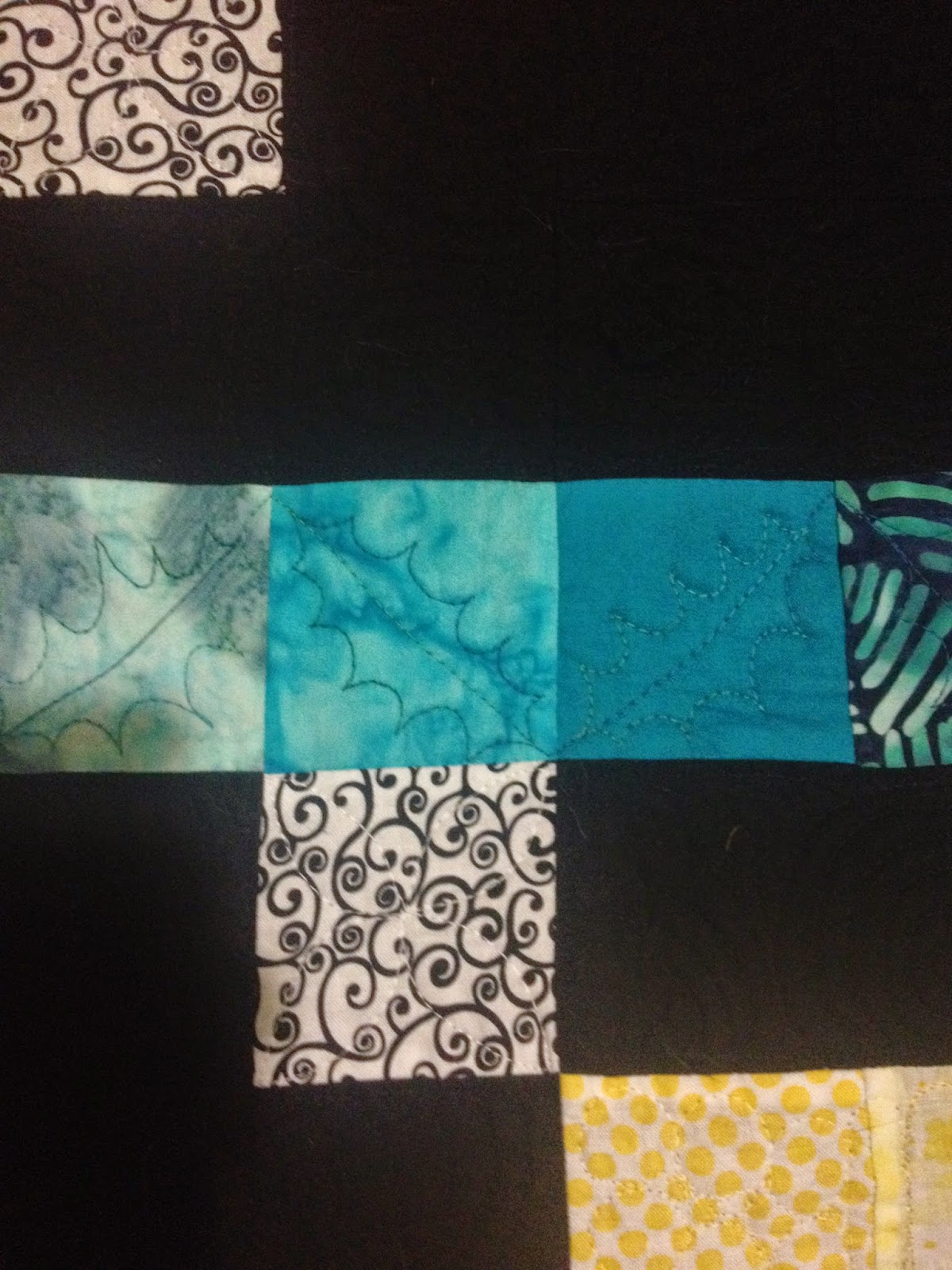 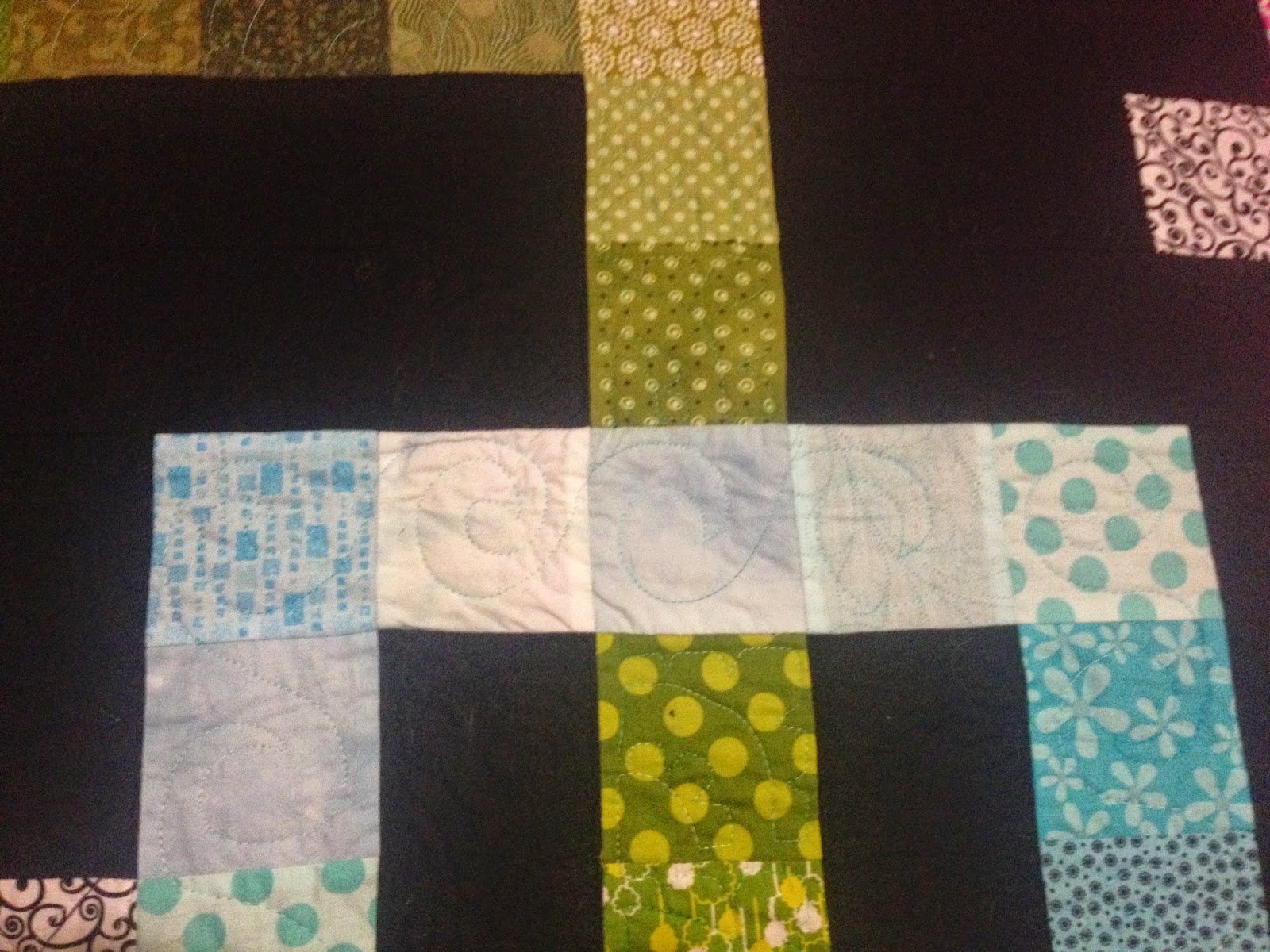 I have had tension problems with the machine for a while, in fact ever since I was working on D4P. The lovely NZ technician had spent a lot of his own time trying to work it out, but he was not aware that there was an actual manufacturing problem which the AUS technician has now finally fixed. There are some tensions issues visible on the back, but I have decided not to go back and redo them - there has to be a point when you say it's done!

The finished size is approx. 100"x100", the backing is a 108" Wide Spot On Wide Quilt Backing Circles Steel, batting is black cotton with a small percentage of polyester from my former LQS The Country Yard. The top is pieced from Kona black and the squares are a mixture from Suz' and my stashes and a few bits we have bought to supplement. The thread is mainly Aurifil 50w, the white used on the stops is 40w (and I'm finally able to tell them apart!). Here you can see Suz' finished quilt.

While lots of work trips are looming, I have basted as SID the Giant Chevron - will share more progress soon!